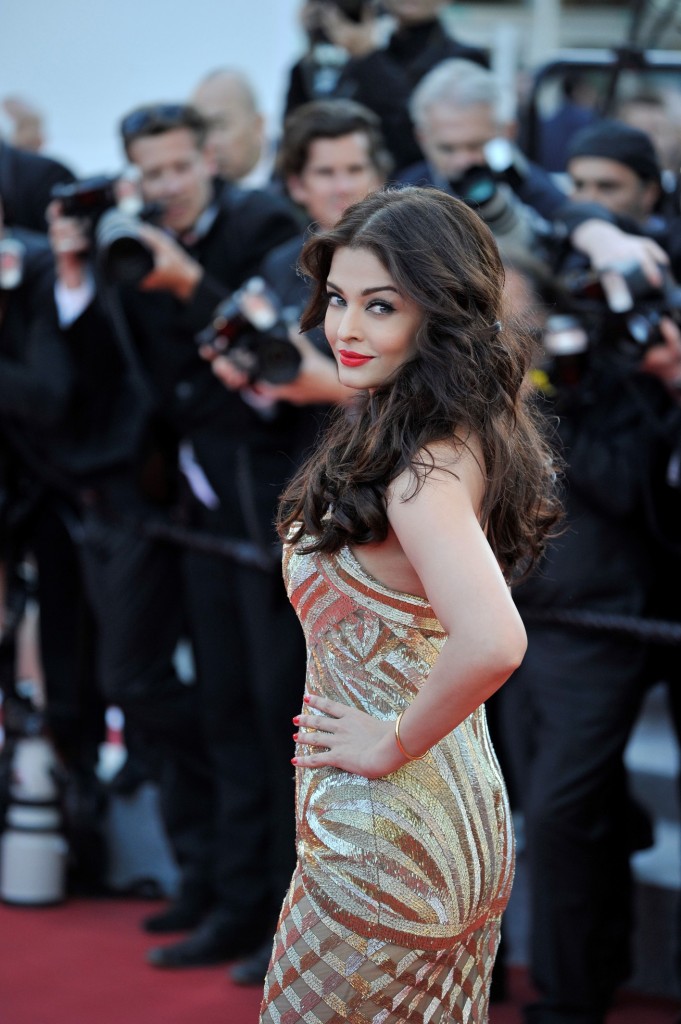 Shimla, May 21 (IANS) Aishwarya Rai’s glittering gold attire teamed with bold red lips at the red carpet of the 67th Cannes International Film Festival, left her husband and actor Abhishek Bachchan’s “eyes wide open”.
Dressed in a gold Roberto Cavalli off-shoulder gown, Aishwarya’s curves looked perfect as she walked the red carpet at the ongoing movie gala in the French Riviera Tuesday. Her soft curls and red lips added to the glam look and Abhishek simply couldn’t take his eyes off her while sitting in Shimla.
“Almost 52 hours without sleep! Eyes shutting… and the Mrs. shows up looking like this! Ok… eyes wide open now,” Abhishek posted on Twitter Wednesday.
The actor is busy shooting for “All Is Well” in Shimla, but he took sometime off to attend the auction of his Jaipur franchise of Pro Kabaddi league, and returned to the hill station for his shoot.
Sleepless over work commitments, when the junior Bachchan almost slipped into his bed to sleep, Aishwarya’s photographs made his senses alert.
Aishwarya, the L’Oreal Paris ambassador, will walk the red carpet again Wednesday to showcase the brand’s L’Or Lumière collection at Cannes.
Her look in the gold gown and the confidence she exudes in it, has been widely appreciated on social networking platforms, with celebrities like Bipasha Basu, Sophie Choudry and Riteish Deshmukh also tweeting praises for her in response to Abhishek’s post.
The former beauty queen has been attending the Cannes gala for over a decade, and more often than not, she has invited flak for her choice of dresses. This time, she seems to have put her best foot forward in terms of her fashion statements, and how!