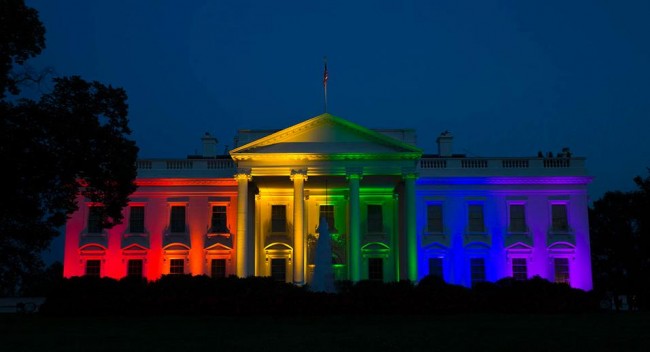 New Delhi, June 27 (IANS) Those who logged onto Facebook and Twitter on Saturday were in for a surprise as rainbow profiles and heart icons dominated the social media. Indian social media celebrated the US Supreme Court’s verdict legalizing same-sex marriages as lesbians, gays, bisexuals and transgenders (LGBTs) also cheered the move.

However, they also expressed apprehension whether the verdict would translate into any concrete action in India.

Homosexuality remains illegal in India after Supreme Court upheld Section 377 of the Indian Penal Code in 2013 and refused to read it down to exclude same sex relationships between consenting adults, calling the LGBT community “miniscule”.

Gay rights activist Harish Iyer said that the move will have a ripple effect in the country, adding that the verdict assumed more significance as US President Barack Obama had lent support to the gay community.

“Any positive verdict like this will have an impact everywhere. Legalizing marriages will go a long way in the acceptance of the community,” Iyer told IANS.

Iyer’s recent matrimonial advertisement for a groom had generated debate across the country and raised pertinent questions on rights of the LGBT community and criminalizing homosexuality. His ad was turned down by many newspapers on the ground that gay marriages were illegal in the country.

However, there were also voices of dissent in the community on emulating the pattern of heterosexual marriages. Calling the US move an agenda for a liberal image, queer activist Rituparna Borah said that marriage should not be perceived as the ultimate solution to problem.

“Rights related to property, adoption and the like should be extended beyond marriage,” said Borah. She also argued that same sex marriages will make queer lives more invisible and there will be an assimilation of homo-normative couples in the mainstream.

For Praful Baweja, the US has set the beginning of a social dialogue in India. Baweja, who runs marketing firm Conneqt, felt that Obama has sent a clear message to the political machinery by terming the verdict as one involving human rights rather than gay rights.

“The inclusiveness versus exclusivity debate is going to start soon. My feeling is that Section 377 is a British legacy. We will be able to continue the dialogue in India despite legal status,” Baweja contended.

For Nitin Karani, a gay blogger and activist, legal rights which accompany marriages are imperative and the first step in the direction is removing Section 377 from the statute. Pointing out that marriage will give couples access to a joint bank account, medical insurance and more benefits, Karani felt that state should stay away from licensing marriages.

“I don’t think the US legalizing same-sex marriages will have any impact in India. The talk about marriage doesn’t serve any purpose without decriminalizing Section 377,” Karani told IANS.

Although marriage is not on his mind, Pallav Patankar, another gay activist, strongly pitched for the decriminalization of gay sex. Unlike in the US and Europe, India lacks the political will and our politicians and bureaucrats are yet to take a stand on LGBT rights, Patankar said, adding that legal acceptance would give sanctity to relationships.

Remembering Pancham: The man, the musician, the legend