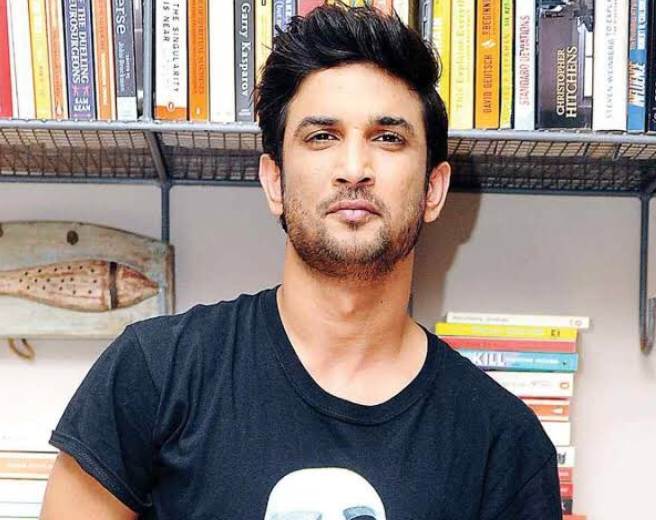 He was found hanging at his home by his domestic help who alerted the police.

A team of Bandra Police has rushed to investigate and details of the apparent suicide are awaited, said the official.

Rajput, 34, hailed from Bihar and was educated in Patna and New Delhi, before shifting to Mumbai.

He was known for his portrayals in TV serials like “Pavitra Rishta”, films “Kai Po Chhe”, “Shuddh Desi Romance”, the biopic “M.S. Dhoni: The Untold Story”, “Kedarnath” and “Chhichore”, among several others.

Bollywood and social media reacted with shock and disbelief on hearing the news of Rajput’s death.

Rajput was probably repeatedly hinting at it, but nobody took notice of what the actor was going through mentally and emotionally. Today, a look at his social media posts seems to indicate his state of mind.

His last Instagram post has drawn attention to the actor mindset in his final days. In a note addressed to his late mother that he posted on June 3, the actor wrote these emotional lines:

“Blurred past evaporating from teardrops
Unending dreams carving an arc of smile
And a fleeting life, negotiating between the two
… Maa.”

Sushant’s mother passed away in 2002, the same year the family moved from Patna to New Delhi.

Now, after the demise of the actor, several people have being wondering if the words like “fleeting life” and “blurred past evaporating from teardrops” gave away a hint of the fact that Sushant was in some sort of torment.

His recent Instagram posts give away his state of mind and how he was battling it. The actor who was reportedly fighting depression has even revealed seeking refuge in yoga and meditation for help.

In one post, he spoke about “letting go”. The actor wrote: “Receive without pride, let go without attachment. #Meditations.”

In another post shared last month, Sushant spoke about what has helped him in his attempt to upgrade his “quality of life”.

“Of all the various approaches I’ve tried in the last few months, these meta skills have worked wonders with the best ROI of time
1. 7 hours of optimised sleep
2. Regular meditation
3. Writing a journal.
4. Frequent Exercise
5. Optimising digital time and
6. Intermittent fasting
Try them, if you will, and share your secrets for upgrading quality of life!
#eyeofastorm,” wrote the actor.

In yet another post, Sushant spoke about success and failure. “Just like in a hierarchy where every employee tends to rise to his level of ‘incompetence’, in evolution, systems tend to develop up to the ‘limit’ of their adaptive competence. The shape of existence, it seems, is the shape of failure! Success could be then recognising this shape and still pursue. The Times They Are a-Changin 🙂 #peterPrinciple #success,” he had written in the Instagram post.

In another post, he quoted Franz Kafka while talking about fighting with the world, which clearly hints that not everything was alright. “In the fight between you and the world, back the world. ~ #kafka #kafkaesque,” wrote Sushant.

In fact, sections of social media had been mentioning that Sushant could have been in depression owing to a troubled professional and personal life. “He had totally sequestered himself and was on self-destructive mode. Needed help but didn’t have any well-wisher in industry,” tweeted @BollyInsider007 a few days ago.

Rumors have been doing the rounds lately that despite the actor scoring a few hits in recent times, many of his staff members had left him because of his behavior. Allegations of an unruly lifestyle were also being leveled.

News of Sushant’s death comes within days of the news of his manager Disha Salian’s death.

An official statement by Mumbai Police said that Sushant Singh Rajput had committed suicide, and that Mumbai Police is investigating. The Police further stated that they had not found any note yet.

He made his film debut in Abhishek Kapoor’s 2013 release, “Kai Po Che”, and was seen in films like “Chhochhore”, “Detective Byomkesh Bakshi”, “Raabta”, “Kedarnath” and “Shudh Desi Romance”.

Before Bollywood, Sushant had a stint on television. He rose to fame with “Pavitra Rishta”, which also starred his ex-girlfriend Ankita Lokhande. He wrked as a backup dancer in Bollywood before getting his big break as an actor.

Sushant was working in Mukesh Chhabra’s “Dil Bechara” when shooting was stalled owing to the nationwide lockdown.