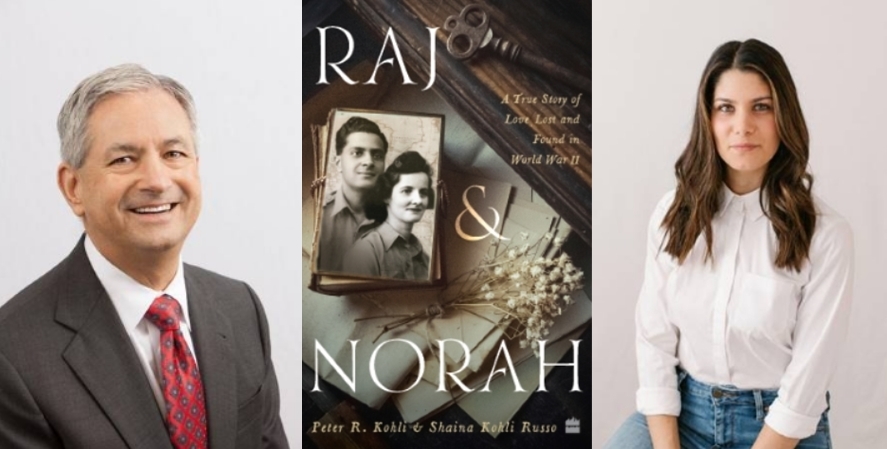 New Delhi, Feb 12 (IANS) “Raj & Norah” is not only a thrilling account of love found, lost and reclaimed in the midst of World War II, it is also a story of two extraordinary individuals battling against their circumstances and what fate has in store for them.

When World War II broke out in 1939, twenty-year-old Rajendra Kohli was studying chemistry at college in England. Soon, however, he decided to volunteer for the war effort against Germany and joined the army. After his heroic actions on the front left him severely injured, he found himself in Naples for treatment. There, he met Norah Elizabeth Eggleton, a nurse with Queen Alexandra’s Imperial Military Nursing Service.

It was love at first sight, and in each other’s company, the young couple forgot the devastation that surrounded them. But as quickly as their story began, it was over – Raj was sent to London, Norah was posted to a hospital in Rome, and they wondered if they would ever see each other again.

“My dad and I always knew this was a story for the books for many reasons,” said Shaina Kohli Russo, co-author of the book, published by HarperCollins.

“My grandparents led extraordinary lives and their love story is truly inspiring, but on top of that, not many know that India fought as an ally in WWII and more so that many Indian soldiers were Muslim. It’s a part of history that has not been talked about and it’s so important that we finally recognize all the countries (and individuals) who helped us in the greatest war in history to defeat the greatest evil. Nowadays a lot of fear of ‘others’ is fuelled by differences, but if we could note that we have common ground, it truly could change the world,” Russo added.

“I began writing the story of my parents about 20 years ago,” said co-author Peter R. Kohli. “I found it difficult and challenging to write the story of two people who I knew so intimately, but I knew it was a story that needed to be told. It wasn’t until my daughter, Shaina, took an interest in the project that it was finally completed. She was the one who brought the project to life.”

Peter R. Kohli worked in corporate America since emigrating to the US in 1977 from England, where he went to university and worked for many years. Since leaving the business world in 2016, he has spent his time writing.

Shaina Kohli Russo graduated from Pepperdine University in 2013 and worked in the entertainment industry for eight years. She currently lives with her husband in Nashville, Tennessee, and is working on a novel.