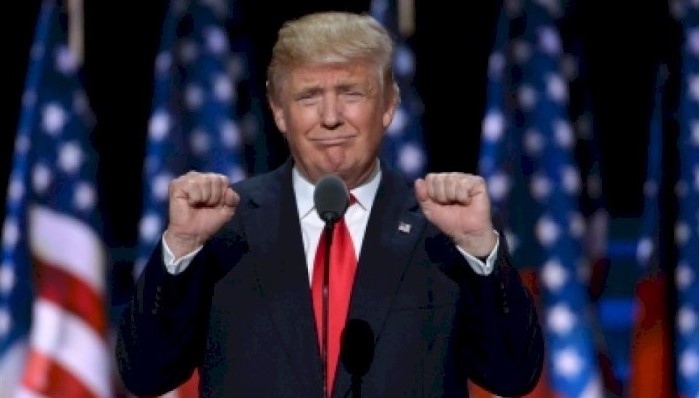 New York, Oct 2 (IANS) With barely 30 days to go before the US presidential elections, Donald Trump’s positive coronavirus test comes amid intensely Trumpian circumstances where insiders who knew of his exposure continued to hold briefings for the media and attend public rallies until Trump broke the news at 12:54 am local time on Friday.

The White House had politicised coronavirus and now it has come back to bite at a crucial time for the US President’s political calculations.

“This is deadly stuff,” Trump had told Washington Post’s Bob Woodward, referring to the coronavirus, during a phone call on February 7, 2020. In his new bestseller “Rage”, Woodward begins with the details from that stunning conversation where Trump said “it goes through air” while he publicly urged states to “REOPEN!”

The coronavirus has killed more than 209,000 people in the US — the world’s richest country with the world’s highest caseload.

Trump’s positive test comes within hours of his close confidante Hope Hicks testing positive. The news of Hicks’ diagnosis did not come from a White House statement, rather it was revealed by a media report.

The mad scramble for backwards contact tracing has begun at the White House, with infectious diseases experts saying that it’s not necessarily a one-way street. It’s possible that both Hicks and Trump had exposure to another third party.

In the week before of his diagnosis became official, Trump attended at least six events with plenty of people around, exposing at least 21 officials in his immediate circle, including his new Supreme Court nominee Amy Coney Barrett and Vice President Mike Pence.

On Monday, September 28, Trump held two events at the Rose Garden. The first one took place on the South Lawn in the presence of a small group of about five people where he inspected a truck produced by an Ohio manufacturer Lordstown Motors.

Later on the same day, Trump spoke at the Rose Garden, announcing updates on “millions” of coronavirus test kits being shipped to the states. Vice President Mike Pence was there, so were plenty of Congress lawmakers.

Members of Biden’s entourage were masked up while the Trump team were maskless, their signature anthem from the time of the initial outbreak of the disease. Biden and Trump stood more than six feet apart during the debate. Both men did not wear masks.

On Wednesday, September 30, there were two events. Trump travelled to Minnesota for a private fundraiser in Minneapolis and an outdoor rally in Duluth. This is the day when confidante Hicks reported feeling unwell and isolated herself aboard Air Force One, a very tight, enclosed space.

By late Thursday, October 1, Hicks tested positive for coronavirus. Trump flew to his Bedminster golf course-cum-resort in New Jersey for a private fundraiser, even as fears spiralled in the Trump inner circle. Trump’s Press Secretary Kayleigh McEnany, who was in close proximity to Hicks and Trump, continued to brief the media at the White House.

At 12:54 am local time on Friday, October 2, Trump tweeted: “Tonight, @FLOTUS and I tested positive for COVID-19. We will begin our quarantine and recovery process immediately. We will get through this TOGETHER!”

First Lady Melania Trump tweeted shortly after: “As too many Americans have done this year, @potus & I are quarantining at home after testing positive for Covid-19. We are feeling good and I have postponed all upcoming engagements. Please be sure you are staying safe and we will all get through this together.”

Most Indians believe tolerance is a religious as well as civic value: Pew report