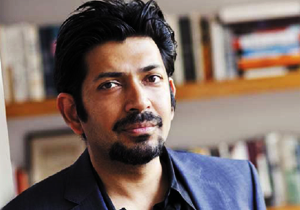 Washington, Jan 26 (IANS) Indian-born American physician, scientist and writer Siddhartha Mukherjee has described the Padma Shri awarded to him on Republic Day as “a great honor” and said he was continuing his research on cancer and stem cells and hoped to make important contributions to their understanding.

“It is a great honor to be recognized by India in this manner,” said Mukherjee, best known for the 2010 book “The Emperor of All Maladies: A Biography of Cancer” for which won a Pulitzer Prize and an award from The Guardian newspaper of Britain.

“I am continuing my research on cancer and stem cells and hope to continue making important contributions to medicine and human biology,” Mukherjee told IANS from New York, where he is an assistant professor of medicine at Columbia University.

New Delhi born Mukherjee, 43, also works as staff physician at Columbia University Medical Center in New York City.
He has been the Plummer Visiting Professor at the Mayo Clinic in Rochester, the Joseph Garland lecturer at the Massachusetts Medical Society and an honorary visiting professor at Johns Hopkins School of Medicine.

Mukherjee’s book on cancer was named one of the 100 most influential books written in English since 1923 by TIME and one of the 100 best works of non-fiction by The New York Times Magazine.

A hematologist and oncologist, Mukherjee is also known for his work on the formation of blood and the interactions between the micro-environment (or “niche”) and cancer cells.

As a biology major at Stanford University, he worked in Nobel Laureate Paul Berg’s laboratory defining cellular genes that change the behaviors of cancer cells.

Mukherjee, who had his schooling at St. Columba’s School, Delhi is married to Sarah Sze and has two children. His parents live in Delhi.