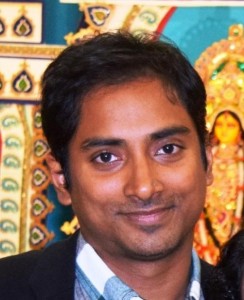 1. We use only ten percent of our brain:

This is the biggest brain myth. It is frequently espoused by experts and quoted in the media, and has become a part of popular culture. Human brain is very complex, and consumes 20 percent of the blood supply along with oxygen and nutrients. We use most of our brain all the time. Even at rest and sleep, the brain remains active in repair, consolidation, and rejuvenation. Recent brain imaging studies like positron emission tomography (PET) and functional magnetic resonance imaging (fMRI) have shown that there is activity in almost all parts of brain at all times- even during sleep.

2. Brain stops growing as you age:

For many years it was believed that once the brain fully matured by 30 years of age, there is no more brain growth. This led to the old adage “you cannot teach new tricks to an old dog”. False! One of the biggest discoveries in neuroscience in the 21st century was the fact that brain can grow new neurons at old age. Many factors assist in nerve cell growth. Picking up challenging tasks, taking up new hobbies, novel experiences – all stimulate new nerve cells. Exercise increases blood flow to the brain and aids in neurogenesis. Why is this important? Because the formation of new nerve cells and new nerve connections keeps the brain young and active. This protects against memory problems, cognitive decline, dementia, and the dreaded Alzheimer’s disease. 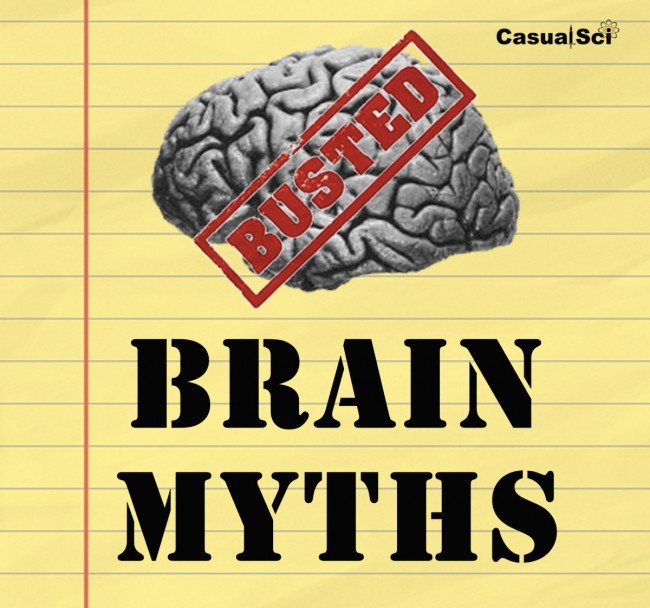 Many Americans are fond of drinking coffee. The growth of Starbucks and other coffee shops across the country is testimony to coffee’s success. When one drinks coffee or other high caffeinated products, one feels increased mental activity and performance. This effect is however temporary, and extracts a heavy toll. Caffeine is a vasoconstrictor. Caffeine diminishes blood flow to the brain and other organs. But then how come coffee makes us alert and improves focus? When we are tired, the chemical adenosine slows down the brain and makes us sleepy. The purpose is to promote sleep, so that the brain can rejuvenate in sleep. The neurotransmitters we use for brain function is highest when we wake up and continues to deplete throughout the day. The brain replenishes them during sleep. Caffeine blocks the effect of adenosine and triggers a sympathetic response. It releases adrenaline, and takes our body to a fight or flight response. It masks the need for sleep. We over work, and under sleep under the influence of caffeine. We use up our brain reserves, and when the effect of caffeine wears off, we are more tired and down, and require a higher dose of caffeine. Too much caffeine will disturb sleep, and the more we drink coffee, the more sleep debt we may accrue over time. Tea is a healthy substitute. Green tea and herbal tea have limited caffeine, and are loaded with antioxidants.

4. All sports are good for the brain:

Exercise is one of the best things for brain function. Aerobic exercise leads to the release of brain derived growth factor involved in repair and regeneration of neurons. But not all sports are created equal. Some sports can contribute to head trauma. Repeated head trauma like that suffered in football, leads to concussion injury which can cause memory loss, dementia, cognitive impairment, and in severe case- death. Other sports can be problematic. I am a big fan of soccer. But children playing competitive soccer, and heading the ball repeatedly, may suffer brain injuries over time. This is problematic especially for girls as they have a thinner and a smaller skull. Other activities like boxing, cycling, roller blading, martial arts can lead to head trauma. Children need to play sports, but parents need to be careful and aware of the possible head trauma. Always use protective gear and follow all safety rules and precautions.

The brain is made of fat and its structure contains saturated fat. The myelin sheath which covers the neurons is made of saturated fat. When the nerves talk to each other, they use chemical signals called neurotransmitter to communicate with each other. The most used neurotransmitter is Acetyl choline which is made of cholesterol. Saturated fat plays an essential role in the functioning of central nervous system. A diet rich in fat (called ketogenic diet) is used for epilepsy. Lack of saturated fat in diet can cause problems related to memory and other brain functioning. Cholesterol is vilified in the media, but the fact that cholesterol is a powerful antioxidant and preventive against cancer is often ignored. Saturated fat contains the fat soluble vitamins like A, D, E, K. However, for a small group of people like the middle aged male- saturated fat may increase the risk of heart disease. Consult your doctor when in doubt.

6. All Vaccines are Safe:

Vaccinations promoted by the government agencies are for public health and safety. However, what is good for the broader public health may not be necessarily good for one particular being. Vaccinations contain preservatives and adjuvants. Many of them are neurotoxic. One of them is mercury based thimerosal. Until recently thimerosal was used in all vaccines and children were exposed to mercury levels much higher than the safe limits. Thimerosal is still present in flu shots and tetanus shots. In addition, many vaccines contain aluminum, formaldehyde, MSG, egg protein, antibiotics. Most children and adults tolerate vaccines without any problems. But there is certain group of vulnerable children who can suffer brain damage and other health problems. Every year the government pays millions of dollars in vaccine related injuries. Vaccines however can save lives by preventing certain infectious diseases. There are no easy answers. All vaccines come with a list of side effects and contradictions. Unfortunately, many parents are not aware of them. Next time, you or your child, get a vaccine, do your research. Go over all the side effects and contraindications and have a full discussion with your physician.

*Dr. Panchajanya Paul, MD, ABIHM, FAPA is a double board certified – child, adolescent, and adult psychiatrist. He is a diplomate of the American Board of Integrative and Holistic Medicine. He is a fellow of the American Psychiatric Association. He holds adjunct faculty position at Emory University School of Medicine; University of Georgia & Georgia Regents University, and University of Central Florida School of Medicine. He is a freelance writer who lives in Atlanta.

Over 2 million pounds of contaminated chicken products recalled across 8 states, including Georgia