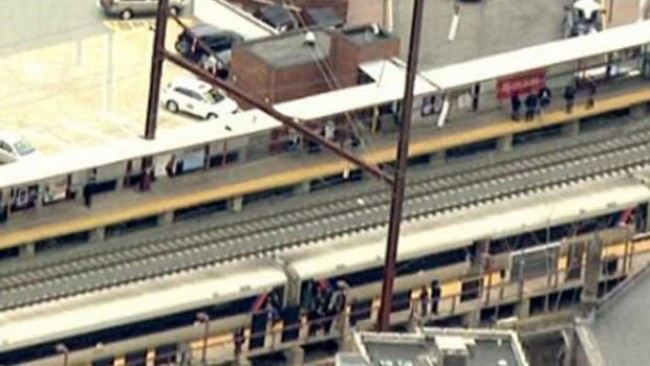 New Jersey, Sep 29 (IANS) At least one person was killed and over 100 injured on Thursday when a train crashed into the New Jersey Transit Hoboken station during rush hour, causing major structural damage, a media report said.
Most of the injured appeared to be passengers in the first train car or people waiting at the station, WABC reported.
Passengers told the media that it was train number 1614 on the Pascack Valley Line, which left Spring Valley, New York at 7.23 a.m. bound for Hoboken and was apparently running late.
Passenger Bhagyesh Shah said that he boarded the train at Secaucus. He said that he normally stood near the window, but stood in the back of the train.
“The next thing I know, we are ploughing through the platform,” NBC New York quoted Shah as saying. “It was for a couple of seconds, but it felt like an eternity,” he added.
Images of the accident posted on social media showed mangled metal, wires and debris scattered all over the floor, RT news reported.
A user from New York City, under the name Inscrutable India, wrote: “Lucky to be alive .. we in the second car of the train that crashed in Hoboken,” New York Daily News reported.
Several people who were on the train tweeted they felt “lucky to be alive”.
The accident occurred around 8.30 a.m. (local time).
Photos from the scene indicate the train took out several support columns resulting in the collapse of part of the station’s ceiling. The cause of the accident was yet not known.
Hoboken has the highest percentage of transit ridership of any city in the US. Over 50,000 persons use the terminal daily.