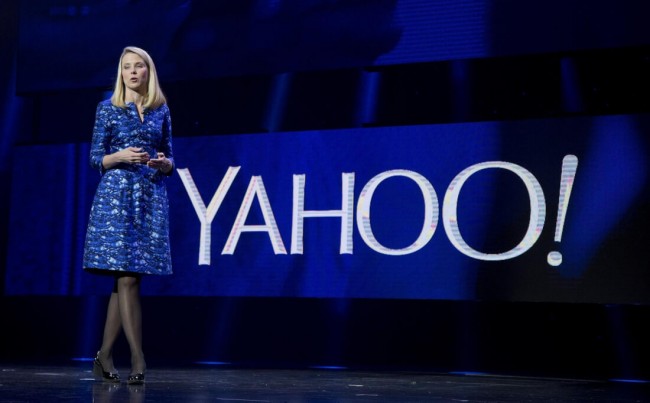 New York/New Delhi, Jan 10 (IANS) Yahoo, which was acquired by US wireless communications service provider Verizon for a mere $4.8 billion in July last year, will soon be called Altaba, media reported on Tuesday, adding that Yahoo CEO Marissa Mayer will step down from the board of directors.

“Six Yahoo directors will be leaving after the Verizon sale, including Mayer,” The Wall Street Journal reported.

After the sale of its core internet business, the company will change its name to Altaba Inc., Yahoo said in a regulatory filing.

The name is a combination of the words “alternate” and “Alibaba,” a person familiar with the matter was quoted as saying.

“The idea behind the name is that Altaba’s stock can now be tracked as an alternative to Alibaba because Yahoo owns a sizeable chunk of the Chinese company,” The Washington Post reported.

The Yahoo acquisition will lead Verizon to firm up its operations in the digital ad space.

According to experts, the viable option for Verizon is now to marry online Yahoo assets with AOL, which it acquired for $4.4 billion. AOL has properties like The Huffington Post and technology websites Techcrunch and Engadget — and now Yahoo Finance — which together can become a strong digital advertising platform for Verizon.

“Verizon will surely monetise both Yahoo and AOL operations to get the best out of this deal,” Vishal Tripathi, Research Director at global market consultancy firm Gartner, told IANS.

“Verizon has now got Tumblr, Flickr, Yahoo Sports and Yahoo News. With the consolidation, the deal may prove to be a sweet one for Verizon,” Tripathi said.

The deal means an end to the struggle to survive for Yahoo which was once valued at over $125 billion at its peak in January 2000 when the dot com bubble was nearing its end.

Following the sale, the company will be left with about $41 billion it invested in the Chinese e-commerce company Alibaba as well as Yahoo Japan.

Verizon makes most of its money from mobile phone connections while Yahoo generated more than twice as much revenue from search and display ads on desktop computers than it did from its so-called MAVENs businesses (Mobile, Video, Native and Social).