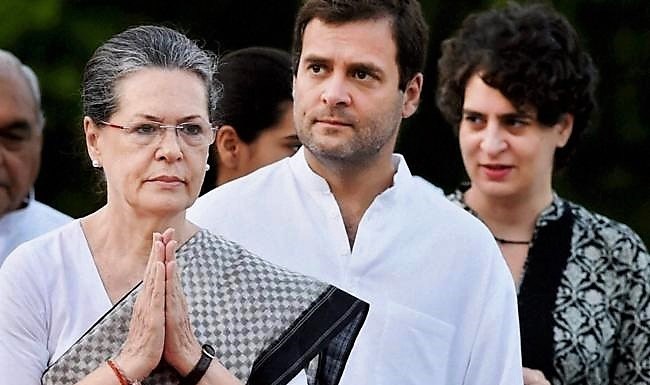 While the title of this article suggests a desire to keep the Congress party alive, it is explicitly known to all who know me that I am not a Congress supporter. The Congress policies and its election manifestos have never generated any interest in me.

The first time I attended a Congress rally was during the 1977 elections, after the emergency was lifted. It was a mammoth rally led by the then Prime Minister, Indira Gandhi at the KP College ground in the then Allahabad, now Prayagraj. I heard her speak, and in every sentence, Mrs. Gandhi said, “Hona chahiye”.

A teenager back then, I asked myself, “Indiraji is the PM, she is all powerful, then why is it that she is not telling people “I have done these things so far and I will do these many things in the next tenure“ if elected? Why not say “Hokey rahega” or “karoongi” instead of “hona chahiye”?

No part of her speech attracted me. I left the meeting, but this question has always bothered me, and I have continued to seek an answer to it. I attended a few more meetings of Congress leaders including Rajeev Gandhi. I continue to listen to the speeches of Congress and other opposition leaders inside and outside Parliament so that I understand, compare and contrast their policies with that of the BJP (then Atalji and now Narendra Modi).

I have not yet got a satisfactory answer to the question that Indira Gandhi sprouted inside me- not from any other Congress leader including Sonia Gandhi and its current president, Rahul Gandhi. However, I kind of got the answer after two full terms of BJP government at the center. The answer is that when a political party affirmatively commits to something in a time bound manner to the voters, they will be made accountable and will be duty bound to give the report card to the voters when they seek re-election.

In the Congress party, the supreme leader, who is from the dynasty, is above that accountability. They are there for enjoying “Power that is poison”. The dynasts are not responsible, they are only entitled to the credit. There are courtiers ready to sacrifice themselves to take the blame and own responsibily to protect the honor of the Supreme leader.

Coming back to the topic, it is necessary that the Congress party survive. I say this despite the fact that I was one among those who used to like the “Congress Mukth Bharat” slogan of Narendra Modi in the run up to the 2014 Lok Sabha election. The slogan was apt under those circumstances. Congress, back then, was synonymous with corruption, bad governance, nepotism and more importantly led by incompetent dynasts incapable of leading a great country like India. Congress has continued to exhibit all those traits even today.

Why then, am I advocating that Congress should survive?

A strong opposition is important for a vibrant democracy. Yes, the situation has changed since 2014. There was hope in 2014 that a non-Congress opposition, sans the ailment that the people saw in Congress would emerge as a strong opposition to keep the ruling party under check. This hope is shattered today.

The conduct of the non-Congress parties since May 2014 has led them to perish rather than emerge as a strong opposition. The regional parties have remained confined to their pockets of power and have not been able to become a force at the Center.

Some expected the Aam Admi Party to grow as a national alternative, but it turned out to be a big flop show. I have never trusted AAP leaders, right from the party’s inception and never was in doubt that it cannot live up to its own concocted ideals and deceptive promises. Thus, there is no sign of any other national alternatives emerging in the near future. The need for a strong opposition to make Indian democracy vibrant is thus urgent and important. The only possibility is to revive the Congress with its original ideals.

However, a revival of Congress is not possible under its current leadership. If Congressmen want the party to be revived, it should immediately be freed from the clutches of the dynasty and the courtiers CWC.

Dismiss the CWC and replace it with truly representative Congressmen and hand over the leadership to a dynamic mass leader outside the dynasty.

Hope Congressmen will listen to their heart and rise to the occasion and play their role in making Indian democracy vibrant.

*The views and opinions expressed in this article are solely those of the author.

From Obamaland to Clintondesh or Trumpistan!

Completely agree with the viewpoint that a strong opposition is required to keep the ruling party under check….its not the dynasts that bother me….its the incompetence that actually bothers me