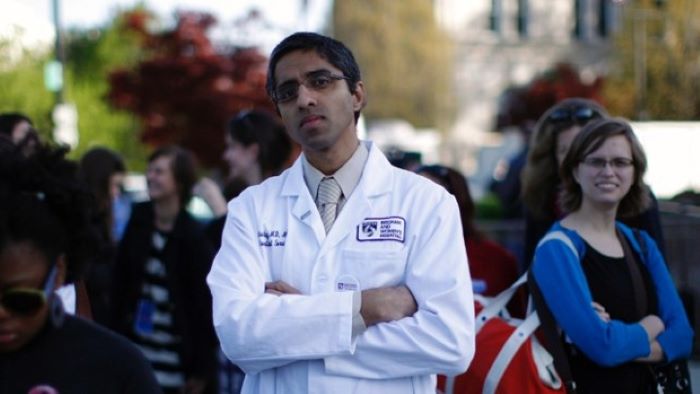 New York, Nov 9 (IANS) Rebuilding America’s coronavirus response from amidst the wreckage of the Donald Trump administration’s slash and burn strategy over the last nine months is right up there on US President-elect Joe Biden and deputy Kamala Harris’ to-do list.

This will mark the first of several top staffing decisions for the Biden-Harris team in the frenzied run up to Inauguration Day on January 20, 2021.

For Murthy, this return to the White House will be especially sweet. He was asked to resign by Trump in the spring of 2017, although he was named to a four year term by former President Barack Obama, starting 2014.

Murthy served as the 19th Surgeon General from December 15, 2014 to April 21, 2017. He is the author of NYT Best Seller “Together: The Healing Power of Human Connection in a Sometimes Lonely World”.

Biden and Harris have already released their seven-point Covid response plan, which reads mostly like a repair-job after nine months of Trump’s blow-it-all-up chaos.

Third: Provide clear, consistent, evidence-based national guidance for how communities should navigate the pandemic and the resources for schools, small businesses, and families to make it through.

Fourth: Plan for the effective, equitable distribution of treatments and vaccines because discovering isn’t enough if they get distributed like Trump’s testing and PPE fiascos.

Fifth: Protect older Americans and others at high risk.

Sixth: “Rebuild and expand the defenses that Trump has dismantled to predict, prevent, and mitigate pandemic threats, including those coming from China.

Seventh: Implement mask mandates nationwide by working with governors and mayors and by asking the American people to do what they do best: step up in a time of crisis.

America’s top doctors have already warned of a “dark winter” ahead, where the virus hangs around longer in the wintry air and becomes particularly lethal when people are spending more time indoors with predominantly canned air circulating.

America has had its worst caseloads during election week, breaking catastrophic records – more than 100,000 cases in a single day.

Audacity, ambition, power: Kamala Harris’ victory speech had it all