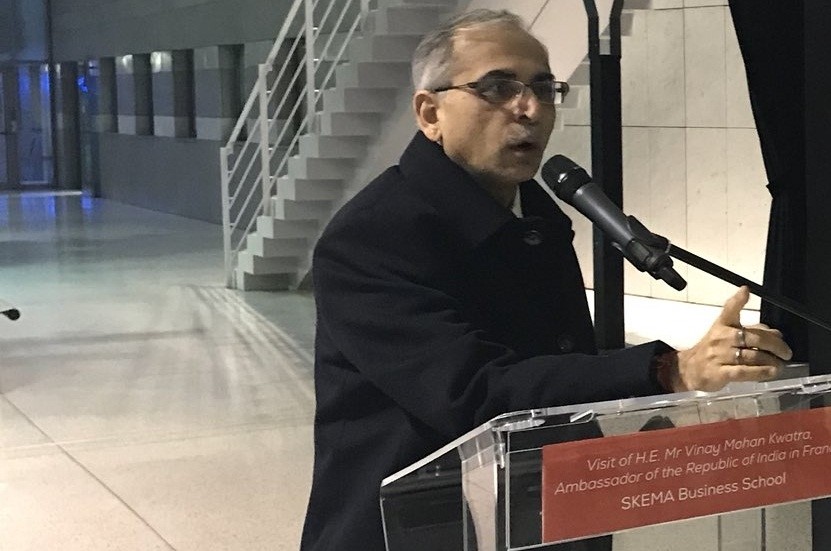 New Delhi, April 4 (IANS) The Centre has appointed Indian Foreign Service (IFS) officer Vinay Mohan Kwatra the next Foreign Secretary, and he will take over from incumbent Harsh Vardhan Shringla, who retires from service on April 30.

The Appointments Committee of the Cabinet has approved the appointment of Kwatra to the post.

Kwatra, with an experience of nearly 32 years in a range of assignments, is currently serving as the Indian Ambassador in Nepal since March 2020.

He has worked in Prime Minister Narendra Modi’s office from 2015 to 2017 as Joint Secretary, and subsequently, went to France as India’s Ambassador.

The 1988 batch IFS officer has served as the Third Secretary and then the Second Secretary in the Permanent Mission of India in Geneva until 1993.

Between 1993 and 2003, he served as a desk officer at the headquarters dealing with the United Nations. Thereafter he was deployed at Indian missions in South Africa and Uzbekistan.

From 2003 to 2006, he served as the Counsellor and later as the Deputy Chief of Mission in the Beijing embassy. Then he represented India at the SAARC Secretariat in Nepal as head of the Trade, Economy and Finance Bureau.

From May 2010 to July 2013, he served as the Minister (Commerce) in the embassy in Washington.

From July 2013 to October 2015, he headed the Policy Planning and Research Division of the MEA and later served as the head of the Americas Division where he dealt with the US and Canada.