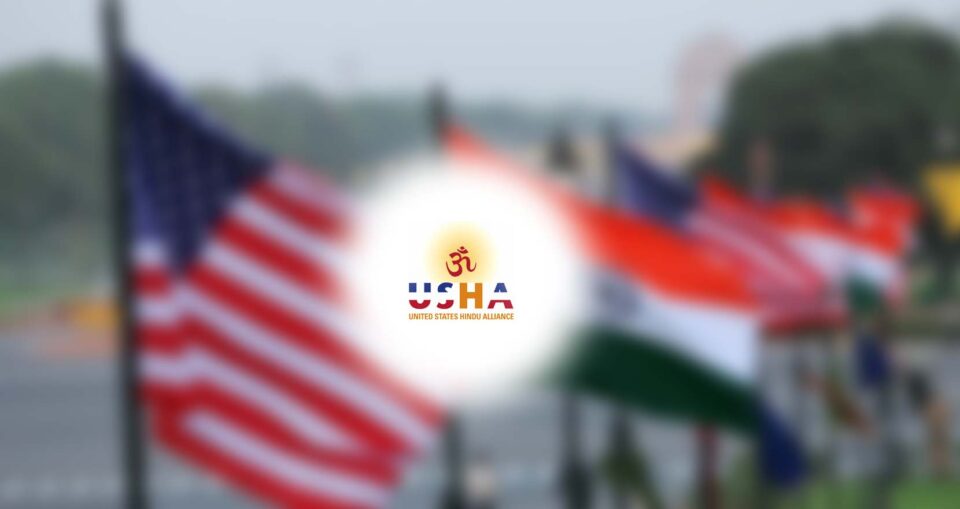 Atlanta, GA, July 29, 2020: The United States Hindu Alliance (USHA) today launched a nationwide campaign under the banner of “Hindu Votes Count” to promote voter awareness and participation among the 5 million Hindus in America.

USHA has been active in promoting Hindu participation in the electoral process since 2004. This year, thousands of volunteers across the country will attempt to educate Hindu Citizens on the importance of voting, the voter registration process, engagement with candidates running for office, presenting the Hindu American Agenda, voting and encouraging election monitoring. According to several sources, Hindus constitute a voting bloc that has a historically lower voter turnout during US elections.

The objective of the USHA campaign is to strengthen American democracy by promoting voter participation by all Hindu citizens, including Buddhists, Jains and Sikhs. In addition to voter registration drives, USHA will encourage Hindu voters to educate themselves about major issues, engage with candidates and discuss issues of concern to the Hindu community with candidates running for office during this election cycle. Mitesh Patel, Vice President for Civic Engagement, stated that the goal of the USHA campaign is to exponentially increase Hindu votes in the 2020 general election.

This is a historic election for several reasons. America and the world are in the midst of an unprecedented pandemic. For the first time since the great depression, the unemployment rate has soared to record levels. There are significant security threats to America and the world. In addition, the next President, and members elected to the 117th Congress, will have to address the post pandemic economic revival of the US.

Hindus will also be looking for better US India relations and more effective ways to curb Jihadi terrorism emanating from Pakistan, among other issues. The plight of Hindus in Bangladesh, Pakistan and several other countries will also be high on the agenda of Hindu voters.

USHA is partnering with temples and community organizations nationwide to ensure maximum voter participation. Those who wish to volunteer or partner with USHA to promote the Hindu Votes Count Campaign are requested to contact the USHA office via email (info@hinduvotes.org) or by telephone at (678) 948-5062.