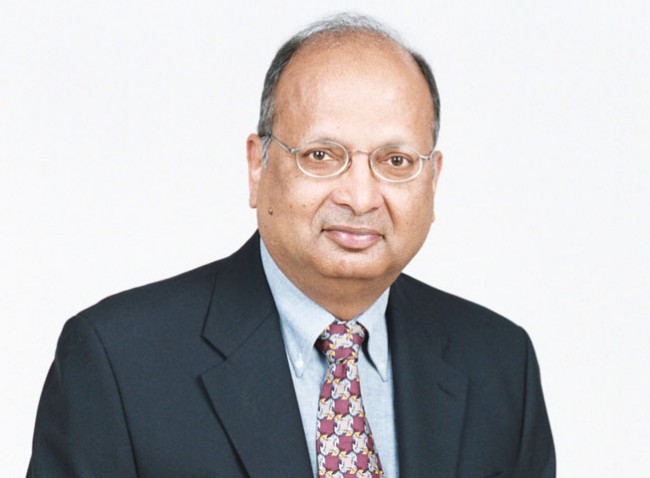 Bengaluru, Jan 29 (IANS) The US Patent and Trademark Office (USPTO) has inducted Indian-born Stanford University Emeritus Professor Arogyaswami Joseph Paulraj into its National Inventors Hall of Fame for developing wireless technology to transmit and receive data at high speeds, the agency of the US Department of Commerce said on Monday.

“Paulraj, 73, has been inducted into the National Inventors Hall of Fame for his pioneering work on developing wireless technology to transmit and receive data at high speeds,” the agency said in an e-mail to IANS from Washington, DC.

The agency awarded Paulraj a patent in 1992 for inventing Multiple In-Multiple Out (MIMO), which enables transfer of data, including videos through broadband and mobile technologies like 4G and the upcoming 5G.

“We honour people responsible for the greatest technological advances that make human, social and economic progress possible,” noted the agency.

The Patent Office will formally induct Paulraj at a special ceremony on May 3 in Washington.

Though the agency honoured five other Indian-origin scientists in the past, Paulraj joins eight other world famed inventors in the wireless technology field, who were inducted into the Hall of Fame.

“I feel humbled to be counted among the inventors who have made the modern world possible. When I joined Stanford in 1992, I had not worked in wireless technology, as my prior years in India were spent on sonar systems,” said Paulraj in an e-mail to IANS from Stanford in California.

The other Indian wireless pioneer holding a patent for breakthrough work in radio and microwave optics was Jagdish Chandra Bose (1858-1937) in the 1890s.

“It was perhaps being an outsider helped me come up with this transformative idea. Like other breakthroughs, though MIMO faced scepticism, it took off and is the foundation of all wireless systems,” recalled Paulraj.

“MIMO technology uses multiple antennas as a transmitter and receiver in a wireless link to boost wireless data rates. The 4G broadband wireless internet access and the next-generation 5G will not be possible without MIMO Technology,” Paulraj said.

Set up in 1791, the USPTO has issued 8.8 million patents since the mid-20th century but inducted so far only 561 inventors, including Thomas Edison, the Wright Brothers, Alexander Graham Bell and Apple founder Steve Jobs.

Born at Pollachi in Tamil Nadu, Paulraj joined the Indian Navy when he was just 15 years. Impressed with his academic record, the Navy sent him to the Indian Institute of Technology (IIT) in New Delhi, where he earned a doctorate (PhD) for advances to signal filtering theory.

After a 25-year service in the Navy, Paulraj went to the US in 1992 to work at Stanford and built a MIMO-based cellular wireless technology that became the basis for WiMax and LTE (Long-Term Evolution) mobile networks.

Paulraj holds 79 patents and won many distinctions, including the 2011 IEEE Alexander Graham Bell Medal and 2014 Marconi Prize and Fellowship.

The NDA Government appointed the septuagenarian in December 2017 as Chairman of the Telecommunication Department’s Steering Committee to prepare a vision, mission, goal and roadmap for 5G India 2020.

“The Department has asked me to support its efforts to advance the applications and internal value addition in 5G wireless. I always felt that India needs to join the club of countries like the US, China, Europe, South Korea and Japan that dominate communications and computing technology,” added Paulraj.