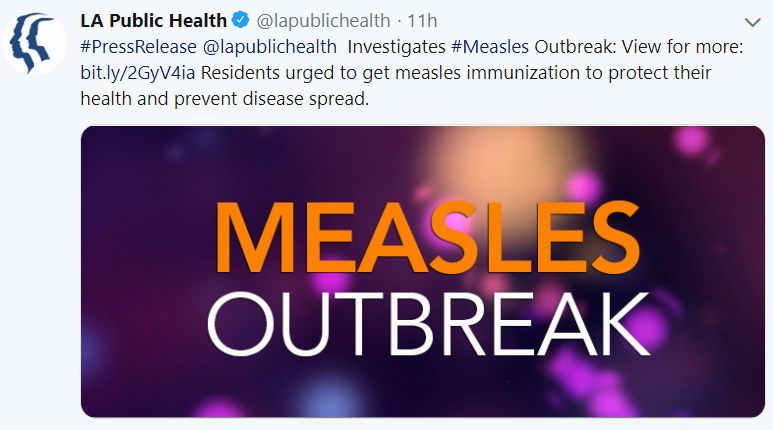 The University of California said 76 students and six faculty members remained in quarantine on Thursday after a student with measles attended class three days this month.

Measles as a disease was declared eliminated nearly two decades ago but it has seen a resurgence in the US, UK, France and Nigeria among many others. The measure comes as the US battles the highest number of measles cases since the country declared the virus eliminated in 2000.

The UCLA said the last possible exposure at the university was April 9, and the highest risk for developing measles has already passed.

The varsity also said that the quarantine was expected to last between 24 and 48 hours for most, but a few may need to remain in quarantine for up to seven days.

The US has confirmed 695 cases of measles, the US Centers for Disease Control and Prevention said on Wednesday. Many of the case occurred in the states of New York and Washington.

“Both universities are assisting with the implementation of quarantine orders and determining how best to support students who must be quarantined and who live on campus,” the Department of Public Health said.