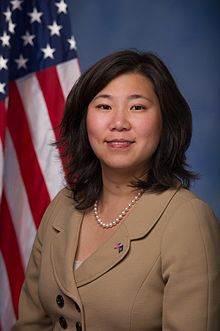 Washington, April 25 (IANS) Citing a shortage of physicians in the US, two lawmakers have introduced a bipartisan legislation to speed-up visa approval for Indian and Pakistani doctors slated to work at US hospitals.

Called the Grant Residency for Additional Doctors (GRAD) Act of 2015, the legislation introduced by Democrat Grace Meng and Republican Tom Emmer, both members of the House Foreign Affairs Committee, would direct the State Department to speed up the visa approval process for international physicians.

The lawmakers say “currently, foreign physicians scheduled to serve their residencies at American hospitals are encountering extremely long delays in obtaining J-1 visas from US Embassies in their countries, particularly in India and Pakistan”.

The J-1 is a temporary non-immigrant visa that foreign physicians use to work in US medical residency programs.

The holdups have resulted in major dilemmas for those doctors and the US hospitals — many in rural and underserved communities — at which the physicians are set to work, they said.

In many instances, the delays have forced hospitals to withdraw offers from foreign physicians who had already accepted.

“The excessive delays in approving visas for international physicians is causing unnecessary havoc for those doctors and the American hospitals that are depending on them,” said Meng.

“This ineffective approval process must be improved so that these doctors can enter the US as planned, and provide the critical medical care needed in many communities throughout the country,” she said.

“As American hospitals face doctor shortages, this important legislation will increase healthcare access across the country by eliminating the persistent backlog of J-1 Visas,” said Emmer.

“By improving oversight and training at US Embassies we can ensure our Foreign Service Officers have all the tools they need to properly process each application in a timely manner,” he said.

“This bipartisan bill doesn’t just address issues important to the State Department and the applicant; it will also benefit the patients of underserved hospitals by giving them access to medical care when they need it most,” Emmer added.

With a membership of over 100,000 physicians, fellows and students of Indian origin in the US, the Association of American Physicians of Indian Origin (AAPI) claims to be the largest ethnic organisation of physicians.