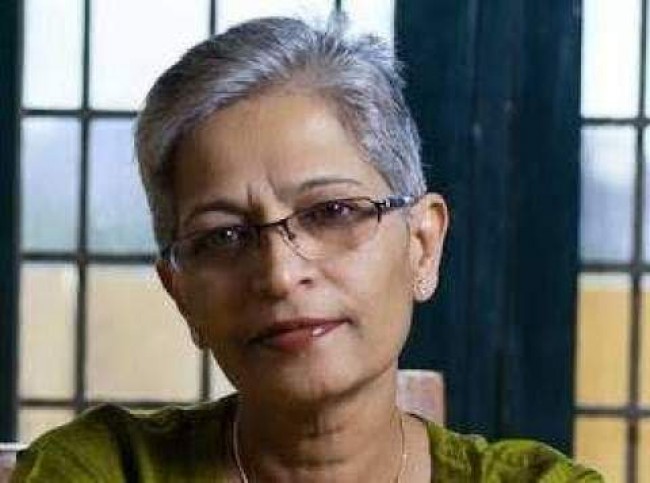 United Nations, Sep 7 (IANS) Condemning the killing of journalist Gauri Lankesh, UNESCO Director-General Irina Bokova and leaders of human rights and journalism groups have added their voices to calls for Indian authorities to bring the attackers to justice.

“I condemn the murder of Gauri Lankesh,” Bokova said on Thursday. “Any attack on the media is an attack on the fundamental right to freedom of expression of each member of society. I urge the Indian authorities to ensure that the perpetrators are brought to justice and this crime is punished.”

The Committee to Protect Journalists (CPJ) Asia Program Coordinator Steven Butler said: “We urge police in Karnataka to thoroughly investigate the murder of Gauri Lankesh, including whether journalism was a motive.”

Human Rights Watch South Asia Director Meenakshi Ganguly said: “The motives for Gauri Lankesh’s killing are not yet known, but the possibility of a politically motivated shooting needs to be fully and promptly investigated.”

The organization described Lankesh, the editor of Gauri Lankesh Patrike weekly, as a campaigner “for democracy, secularism, and civil liberties” and “a vocal critic of militant Hindu nationalism promoted by supporters of Prime Minister Narendra Modi’s Bharatiya Janata Party (BJP).”

“Authorities in India need both to bring Lankesh’s killers to justice and to protect media freedom and the right to free expression,” Ganguly added.

Lankesh was shot dead outside her home on Tuesday by assailants on a motorbike according to local police.

UNESCO said that Bokova issued the statement as required by the organization landmark 1997 resolution on the “Condemnation of Violence against Journalists.”

The resolution also mandates the Director-General to condemn attacks on journalists and also demand that governments prosecute the attackers.

Butler said in his statement issued in Washington that “India needs to address the problem of impunity in journalist murders and ensure the press can work freely.”

The committee said that India was ranked 13th on its latest Impunity Index, “a measure of countries worldwide where journalist are killed and the murderers go free.”

At least 27 journalists have been murdered in direct retaliation for their work in India since 1992, according to CPJ.

Why are teenagers drawn to deadly the Blue Whale game?

Why chain India to the past with N-energy, asks Vivek Wadhwa