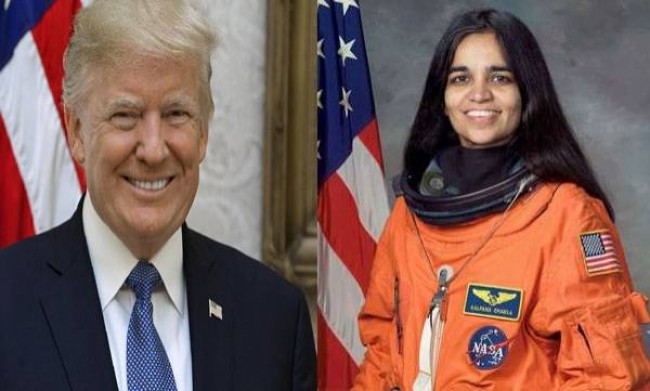 “Chawla’s courage and passion continue to serve as an inspiration for millions of American girls who dream of one day becoming astronauts,” Trump said on Monday in a proclamation honoring Americans of Asian and Pacific Islands descent.

The month of May is celebrated in the US as Asian American and Pacific Islander Heritage Month.

Trump said that during this month “we recognize their tremendous contributions, which have helped strengthen our communities, industries, Armed Forces, national security, and institutions of governance”.

Praising the contributions of Asian Americans, he said: “Through their industriousness and love of country, our Nation has enjoyed the privileges and enrichments of multiple innovations and societal advancements.”

Chawla, who was born in Karnal and emigrated to the US with an aeronautical engineering degree from Punjab Engineering College, died in 2003 on her second mission when space shuttle Columbia disintegrated while returning to earth.

“Indian-American Kalpana Chawla was the first woman of Indian descent to fly in space, and became an American hero for her devotion to the Space Shuttle program and its various missions transporting cargo and crew to and from the International Space Station,” Trump said in his proclamation.

Add pinch of pepper in your food to lose weight