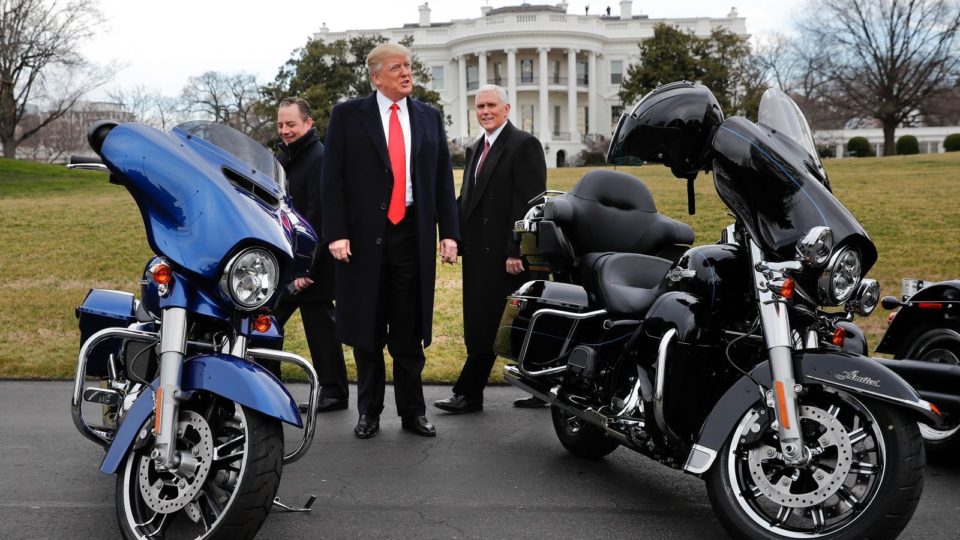 New York, June 11 (IANS) US President Donald Trump has again taken aim at India’s tariffs on Harley Davidson motorcycles ahead of his meeting with his “very good friend” Prime Minister Narendra Modi and asserted that they were working on reducing them.

The 50 per cent duty on Harley Davidson bikes imported into India is “unacceptable”, Trump said on Monday when he phoned into a popular business TV program.

Trump and Modi are expected to meet in Osaka, Japan, during the G-20 Summit on June 28 and 29.

efending his worldwide tariff war strategy, Trump reverted back to the Harley Davidson motorcycle — an icon for a large segment of his voter base — during his call to CNBC’s Squawk Box programe just as Secretary of State Mike Pompeo is preparing an economy-themed visit to New Delhi.

Recalling his Harley Davidson episode, the US President said: “You look at India, a very good friend of mine, Prime Minister Modi, you take a look at what they have done, 100 per cent tax on a motorcycle. We charge them nothing. So, when Harley sends it over there, they have 100 per cent tax. When they send it, they make a tremendous number of motorcycles. When they send them, no tax”.

Trump said that with one phone call to Modi, he had the customs duties cut to 50 per cent on the bikes.

The Harley Davidsons are more symbolic than a serious tariff issue as facts around the mobikes are complicated. Most of the Harley Davidsons sold in India are low-powered models made in Gurugram and are not charged duties. Many of the more powerful models are imported as kits with only a 15 per cent tariff and assembled in India.

The mention of India seemed to come out of nowhere in the interview, because the interviewer Joe Kernen had asked him about the proposals from Democrats to break up Google and Facebook.

He accused them of colluding with the Democrats against him in the 2016 election and said he won despite it.

“I’ll win again because we are doing well. We are not fools anymore. We are not the foolish country that does so badly,” Trump asserted, citing the Harley Davidson as an example of his leadership.

Harley Davidson has been a recurring theme for Trump and this was at least the fourth time he mentioned it.

In his global tariff and trade war, Trump ended the trade concessions to India under the General Scheme of Preferences earlier this month accusing New Delhi of failing to provide “equitable and reasonable access” to its markets.

In 2018, Trump imposed 25 per cent tariff on steel imports and 10 per cent on aluminium imports that hit India’s exports and New Delhi has threatened retaliatory tariffs on agricultural imports from the US.

Announcing his visit to India before the G-20 Summit, Pompeo said on Monday that during the trip he would build on “an incredibly important relationship” that is “closely tied economically”.