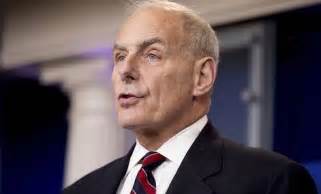 Washington, June 16 (IANS) President Donald Trump’s administration has ended a policy that protected undocumented immigrants with children who are US citizens or permanent residents, the media reported.

Homeland Security Secretary John Kelly sent a memo to agents on Thursday night telling them not to follow the rule, which was enacted by his predecessor Jeh Johnson in November 2014, reports The Hill news magazine.

In a press release, the Department of Homeland Security said that it was ending the Deferred Action for Parents of Americans (DAPA) program because there was “no credible path forward to litigate the currently enjoined policy”.

The DAPA has been embroiled in legal battles since 2015, when it was put on hold.

Texas and 25 other states filed a lawsuit to block the policy implemented by former President Barack Obama which would have granted deferred deportation to nearly 5 million undocumented immigrants.

How to boost focus & attention naturally