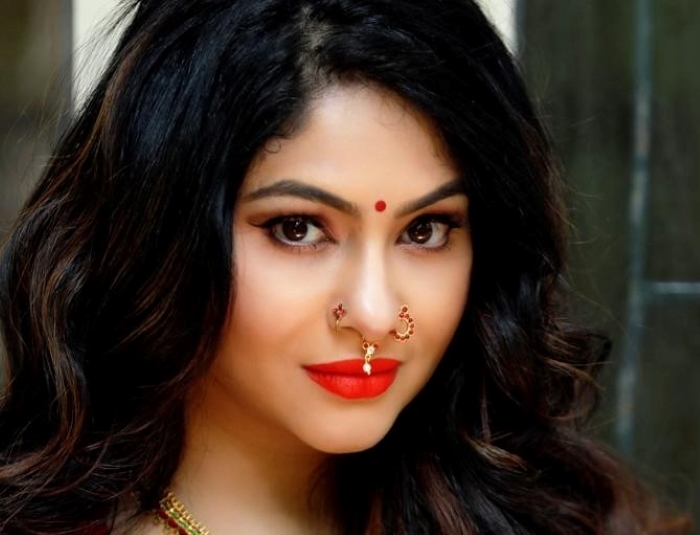 Dr Lakshmi Devy, a doctor by profession has always been passionate about acting and filmmaking and her dreams have come true after she won the prestigious Gold Remy award for direction at the 54th World Houston International Film festival for her movie — “When the Music Changes.”

It is to be noted that other famous winners of the Gold Remy awards are the who’s who of the global film industry including Spielberg, Lucas, Ang Lee, The Coen brothers, Ridley Scott and several famous directors of Hollywood.

Worldfest is one of the oldest and largest film and video competitions in the world.

Dr Lakshmi Devy while speaking to IANS said, “This has been a great honour for a filmmaker like me and I am proud to represent my Indian roots in this manner.”

Lakshmi shuttles between US and Chennai and after the lockdown and mounting Covid cases she has preferred to stay back in India and is currently in discussions with several Hollywood production companies for her new venture.

She has a production house in New York, FiDi talkies which has produced “When the Music Changes” and Hollywood actor and director, John Turturro is the executive producer for this project.

On her new ventures, the doctor turned filmmaker told IANS, “I am speaking to several big names in the global film industry however, I am bound by certain contracts in not revealing the names of these companies. Once we sign the agreement, I will definitely inform you on the production companies.”

Her movie, “When the Music Changes”, which is scripted, directed and produced by her, has her playing the role of the protagonist. The movie is based on the Indian rape scenario as studies point out that in every 16 minutes a girl is raped in the country.

Lakshmi while speaking on the movie said, “The movie speaks on the rape in India and that it is not the woman who is raped loses the honour, instead it is the man who loses it because of the dastardly act.”

The medical doctor also said that she is planning to do several charity shows across the globe including a movie on the current medical emergency after the emergence of Covid and how humanity has to stay together to overcome this pandemic which is taking away the precious lives of many in the most unfortunate of conditions.

She was the screenwriter for the national award winning actor Bobby Sinha, Mirchi Shiva movie “Masala Padam”, which is the story of how tough it is to make a hot movie. The film has won major accolades across Tamil Nadu. Lakshmi also played the role of a protagonist in the movie.

This medical doctor also had done a short film, “Daro Mat” made in both Tamil and Hindi. It was critically acclaimed in many international film festivals across the world and is now released on YouTube with over 3.5 million views.

Dr Lakshmi Devy while speaking to IANS said, “As I said earlier, I am now finalizing the scripts for a couple of movies which will definitely have renowned production houses and I have to keep my fingers crossed for now as I am not permitted to speak on them now.”