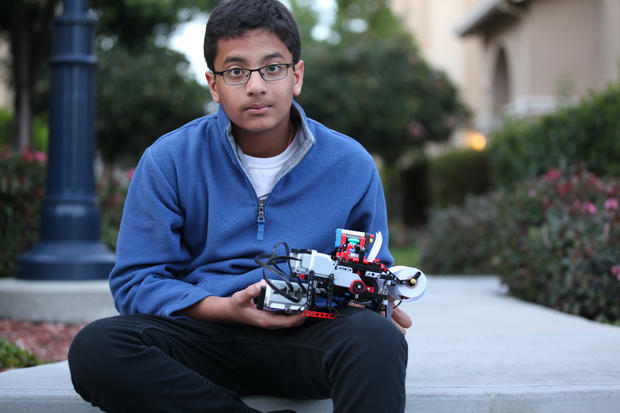 Washington, May 15 (IANS) A 13-year-old Indian-origin boy, who made headlines for inventing a low-cost Braille printer, has found a new partner in Microsoft which is helping the teenager to realize his dream of improving life for the blind.

Shubham Banerjee, 13, is now working with a team of the technology giant to bring an updated version of his Braille printer, which he calls Braigo 2.0, to market. The invention has been hailed as the first low-cost, IoT-enabled, silent and lightweight Braille printer.

At the age of 12, Shubham, who is from Santa Clara, California, became the youngest entrepreneur ever to receive venture capital funding when Intel Capital invested in his startup, Braigo Labs.

“Our relationship with Microsoft will help Braigo achieve a seamless experience for a visually impaired person who wants to use a computer at home or at the office to print documents for offline reading,” the eighth grader was quoted as saying on a Microsoft Windows blog.

His invention was featured at the first ever “White House Maker Faire” in June last year to “celebrate a nation of makers and help empower America’s students and entrepreneurs to invent the future”.

Banerjee was invited to the White House for developing an accessible solution for blind and disadvantaged people across the globe.