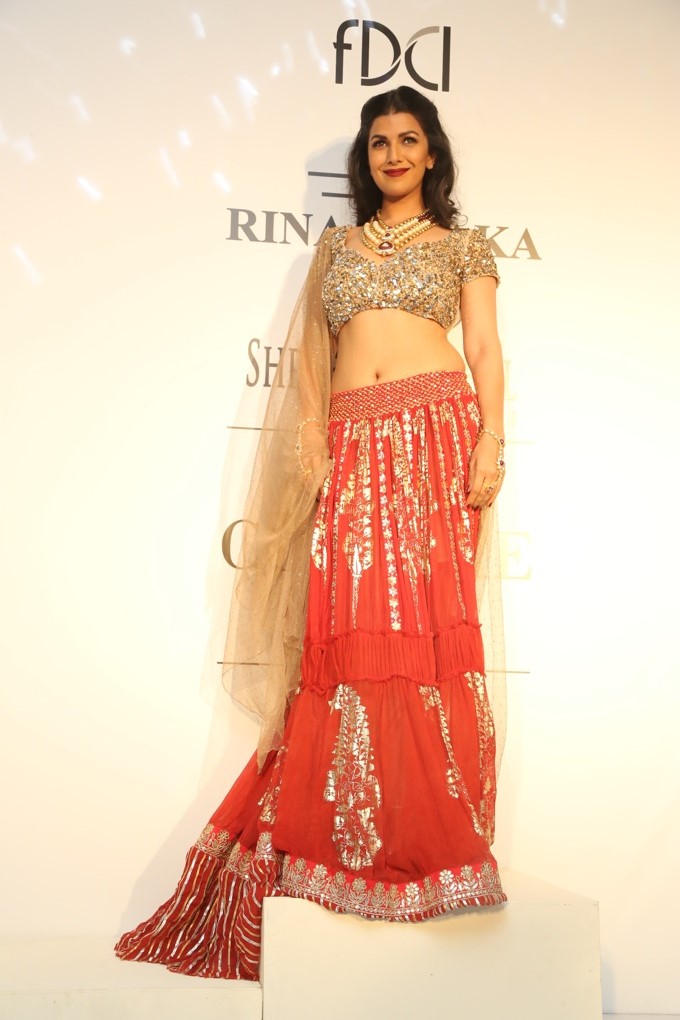 New Delhi, July 17 (IANS) She was born and raised in a simple middle-class Indian family, but she got exposed to the world courtesy her internationally-acclaimed film “The Lunchbox”. Actress Nimrat Kaur says the movie “opened all doors” for her, allowing her to do “anything, anywhere”.

“I am open to do anything anywhere,” Nimrat, who played the lovelorn Ila, told IANS in an interview when asked how life has changed “The Lunchbox” and what kind of roles are starting to come her way.

“Suddenly what happened with ‘The Lunchbox’ was that all doors have opened at the same time. And I really had the greatest opportunities to travel and meet some great people in the business and they are really looking at Indian market for talent and for audiences,” added the actress, who was in the capital to walk the ramp at the Shree Raj Mahal Jewellers India Couture Week (ICW).

Directed by Ritesh Batra, the 2013 “The Lunchbox”, a unique love story featuring Irrfan Khan with Nimrat, did its share of rounds at international movie extravaganzas, including the Cannes International Film Festival. When it released in India, the movie also found takers in those who have been fed on typical Bollywood potboilers for years.

Nimrat’s aim now is to to work as much as she can and deliver the best to the world – medium notwithstanding.

“I know that I would want to work as much as I can everywhere and have a great balance of a kind that I would personally love to have. I have grown up in very Indian simple middle class way but I have the exposure of the world. I intend to make the most of that combination,” she said.

Actors from the big screen are increasingly making a transition to the small screen – and Nimrat is open to that as well.

“Indian TV is increasingly becoming so interative. They have changing formats and episodic series – much like in the West. I’m not closed to anything…it’s about what resonates with me and connects with me,” said the actress, who featured in “Peddlers” and “Luv Shuv Tey Chicken Khurana” before “The Lunchbox”.

The actress’ success bears testimony in the fact that she’s soon leaving to shoot for an American movie series, the details of which have been kept under wraps.

Nimrat is not ready to tell much either.

“I can’t disclose the name because I am forbidden to do so. The studio will be the one who will declare it and then I will be able to talk about it,” she said.

20th Anniversary of the ALL NATIONS DEEPER LIFE CONVENTION