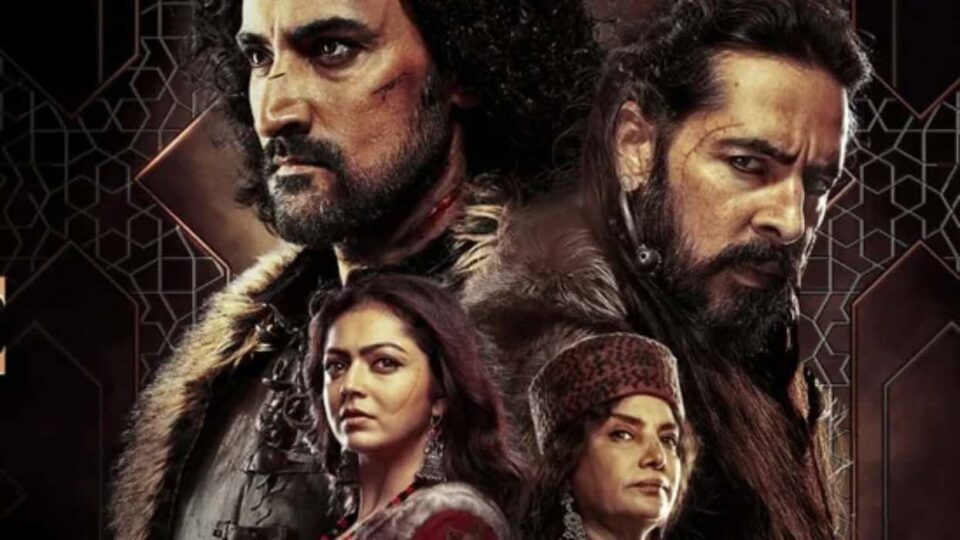 Set in a world of tribal rivalries, full of betrayals and ruthlessly ambitious enemies, director Mitakshara Kumar’s ‘The Empire’, streaming on Disney+ Hotstar, is a historical series showcasing the rise and fall of the Mughal Empire. The first three episodes focus on Babur, the first Mughal emperor.

The prologue to the series begins on an ominous note, with a smoke-screened scene of a raging battle in sepia tone and the camera focusing on the wide-eyed Babur (Kunal Kapoor) who savagely swings his sword, slashing his enemies left, right and centre, roaring his lungs out and beheading an opponent after receiving a slash on his neck.

That is when he realizes, “Zindagi maut se kitna hi lad le, jeet toh aakhir maut ki hi hoti hai (However much life fights with death, it is death that ultimately wins).” And he then tells us how fate had made him fight death from the age of 14.

The plot of the first three episodes narrated in a non-linear manner, oscillates from circa 1494 to 1526, telling us how Shaibani Khan, an evil warlord killed Babur’s uncle, how Babur lost his father Umar Shaikh, the king of Ferghana, in an accident, how Babur was ordained king after a failed assassination attempt, and how he was a vulnerable soul trying to protect his family and kingdom from scheming ministers, his stepmother Roxanna, and Shaibani Khan.

The first two episodes sail smoothly. By the mid-point of the third episode, the narrative gets a bit tedious but nevertheless intense.

Mounted on a magnificent scale with well-etched characters, resplendent sets and period costumes, the director, intricately and flawlessly, transports you to the pre-Mughal era.

The performances by the characters are captivating. Mehroos Mir who plays the younger Babur lays a strong foundation for Kunal Kapoor to step in.

Kohl-eyed and with over-the-top histrionics, Dino Morea, as the main antagonist Shaibani Khan, steals the show whenever he is on screen. He displays the right balance of cold menace and fiery rage that borders on insanity.

Shabana Azmi, as the mighty matriarch Ahsan Dawlat, fondly called ‘Shah Begum’, is remarkable, with the right amount of drama and restraint in her performance.

The others in supporting roles, too, are perfectly handpicked and deliver outstanding performances.

Visually, the series is mesmerising. The computer-generated images seamlessly interlace director of photography Nigam Bomzan’s frames. With a blend of wide-angle shots and close-ups, he not only captures the locales, but also the intricate details of the tale, to perfection.

His atmospheric lighting lends authenticity to the period depicted in the film. He has also managed to portray the battle scenes brilliantly, making them look natural and real. And the close-up of the wound being sutured on Babur’s neck is gut-churning.