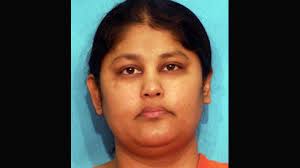 Washington, April 18 (IANS) An Indian-American woman in north Texas, accused of killing her son and leaving his body in the bathtub for four days, claims she did so in accordance with her Hindu beliefs.

Pallavi Dhawan, 38, who is charged with first-degree murder in the death of her 10-year-old son, Arnav, almost three months ago, describes the events in a sworn affidavit sent to police through her lawyer, David Finn.

In the affidavit, Dhawan says, “I proceeded to give [Arnav] his deceased bath according to Hindu customs, dressed him in his favourite clothes and kept his favorite toy next to him and I later put his head on his favourite pillow along with his favourite blanket.”

Amritha Murali in an evening of Classical Vocal Music…