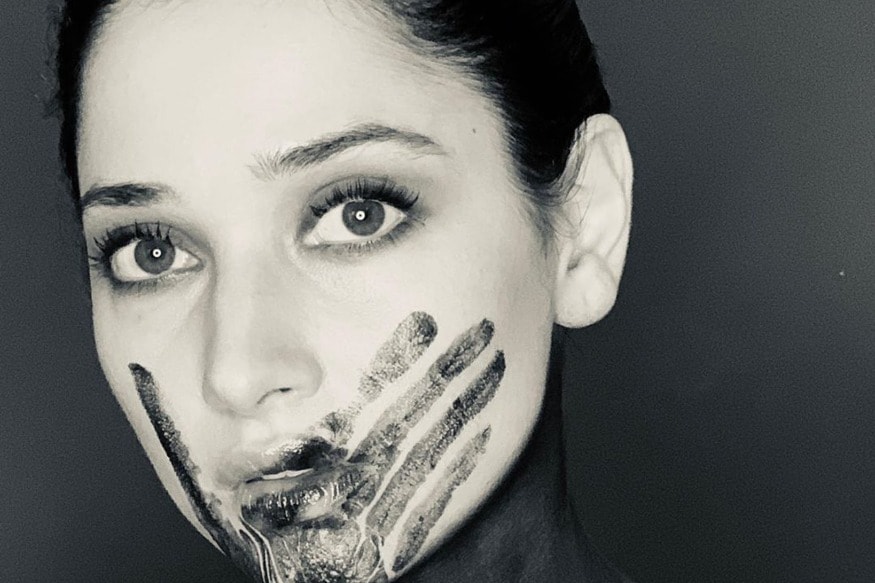 Mumbai, June 6 (IANS) Actress Tamannaah Bhatia is facing flak on social media for her #AllLivesMatter post, with users calling her out for endorsing fairness creams in the past.

Over the past few days, celebrities including Karan Johar, Priyanka Chopra Jonas, Kareena Kapoor Khan, Disha Patani and Ishaan Khatter, have extended support to the Black Lives Matter movement, which has been raging in the US following the brutal death of an unarmed African-American man named George Floyd.

Tamannaah had also raised her voice with her latest post. She shared a photograph in which a black imprint of a hand can be seen on Tamannaah’s face.

“Your silence will not protect you. Doesn’t every life matter, human or animal? Muting any form of creation is against the universal law. We must unlearn and learn to be human again, express compassion and practice love. #AllLivesMatter #WakeUpWorld,” she wrote along with the image.

The post did not go down well with a section of people, who asked her to “educate about the issue first”.

“All lives will only matter when Black lives matter too. The things that happen are too unjust. Please don’t take that away from them with your All lives matter # it’s absolute nonsense. Please read more and educate yourself,” a user wrote.

“It is nice that you are talking about black lives. But why did you act in an ad that made people feel inferior and insecure about their dark color?” wrote one.

Another pointed out that she is using the movement as an “aesthetic”.

“There are a couple of things I want to point out to you Miss Bhatia: DO NOT use black lives matter as an aesthetic; nobody ever said ONLY black lives matter, but all lives can’t matter unless you treat black people equally; speak on up racial equality the day bollywood doesn’t promote fair & lovely and ponds white beauty anymore. Speak out against your peers when they promote such products that have had an incredibly degrading and depressing effect on millions of Indian girls who are made to believe their skin color isn’t perfect,” shared the user.

Some accused her of black-facing her neck, while some wondered why she wouldn’t comment on issues relevant in India.