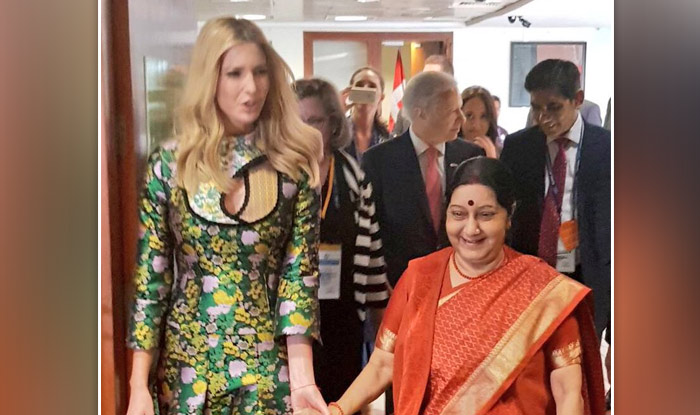 Washington, Aug 8 (IANS) Ivanka Trump, the daughter of US President Donald Trump, has condoled the death of former External Affairs Minister Sushma Swaraj, describing her as a champion for women in India and across the globe.

In a tweet on Wednesday, Ivanka, who is also a senior advisor to President Trump, said: “With the passing of former Minister of External Affairs Sushma Swaraj, India has lost a warm and dedicated leader and public servant.

“Sushma Swaraj was a champion for women in India and across the globe, and it was an honour to know her.”

Ivanka also posted two photographs of her interaction with Sushma Swaraj, who died on Tuesday night of a massive heart attack.

One photo was of a formal interaction between the two with their national flags in the background, and another of an informal meeting.

On Tuesday, US Secretary of State Mike Pompeo had tweeted his condolences, saying Sushma Swaraj was a “strong partner who shared our view that a more democratic world is a more peaceful one”.

“Saddened to hear of the passing of my friend and former #India External Affairs Minister Sushma Swaraj. She was a strong partner who shared our view that a more democratic world is a more peaceful one. Our thoughts are with her family and the people of India,” he posted.