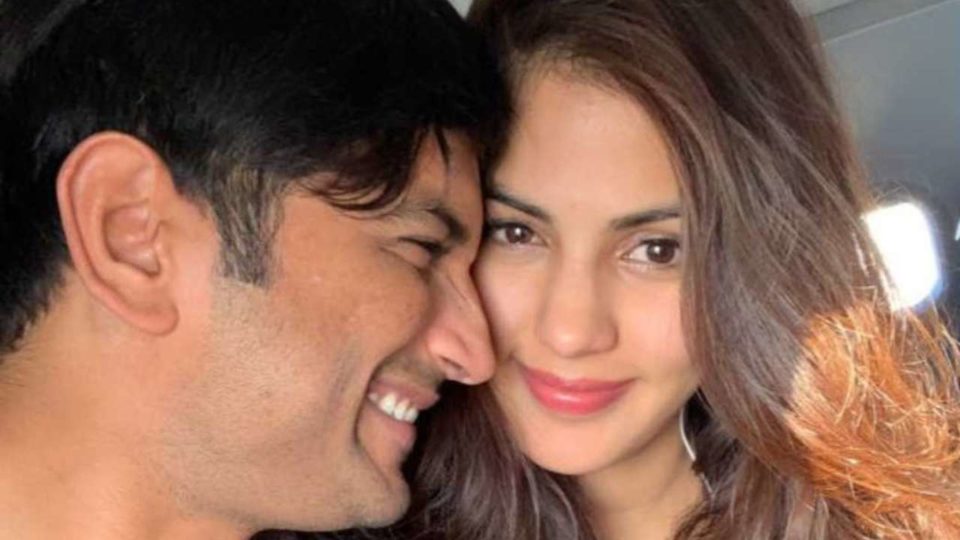 Chakraborty has admitted to being the late actor’s girlfriend in an open letter to Union Home Minister Amit Shah pleading for a CBI probe in the matter.

“Rhea Chakraborty and five other persons have been charged under Sections 340, 341, 380, 406, 420 and 306 of IPC after Sushant Singh Rajput’s father filed an FIR against them. Further investigation is going on in the case,” Sanjay Kumar, IG Patna Central Zone, told reporters here.

According to sources a four-member police team from Patna has left for Mumbai to investigate the claims made in the FIR.

Chakraborty had earlier disclosed that she received rape and murder threats on social media over the actor’s death and added that she “only wanted to understand what prompted him to take the step”.

Sushant Singh Rajput allegedly committed suicide on June 14 in his flat in Bandra. While Mumbai Police is already investigating the case and even several people have been interrogated.

Several organizations have been demanding CBI probe into the matter as the death of the actor has literally opened a can of worms with nepotism charges, groupism and lobbying in Bollywood coming to the fore with many people coming out of closets with their claims of being sidelined by a selected group.

“#SushantSinghRajput ‘s father, #KKSingh has registered an FIR against Actress #RheaChakraborty in #Patna. He has alleged that Rhea took money from Sushant and instigated him to commit suicide. Sushant and Rhea dated for a while before the actor died by suicide on June 14,” trade analyst Ramesh Bala tweeted from his verified account on Tuesday evening.

Bollywood actor Shekhar Suman, who has been actively voicing his demand for a Central Bureau of Investigation (CBI) probe into Sushant’s death, tweeted from an unverified account on Tuesday evening: “Case filed against Rhea and her family under section 306 for abetment to suicide..also section 340 and 342.#CBICantBeDeniedForSSR”

“Good news coming in..Presumably, the cops from Patna are in Bombay already after an FIR has been filed by Sushanr’s family and a SIT has been formed to investigate the matter. #CBICantBeDeniedForSSR #justiceforsushanthforum,” Suman mentioned in a separate tweet.

Sushant Singh Rajput made his Bollywood debut in 2013 with the movie – “Kai Po Che”. He was appreciated for his performance in the 2015 movie “Detective Byomkesh Bakshy!”, “MS Dhoni: The Untold Story”, “Sonchiriya” and “Chhichhore”.

“Dil Bechara”, his last movie that was released online on July 24 on Disney+ Hotstar, has drawn praise from critics.