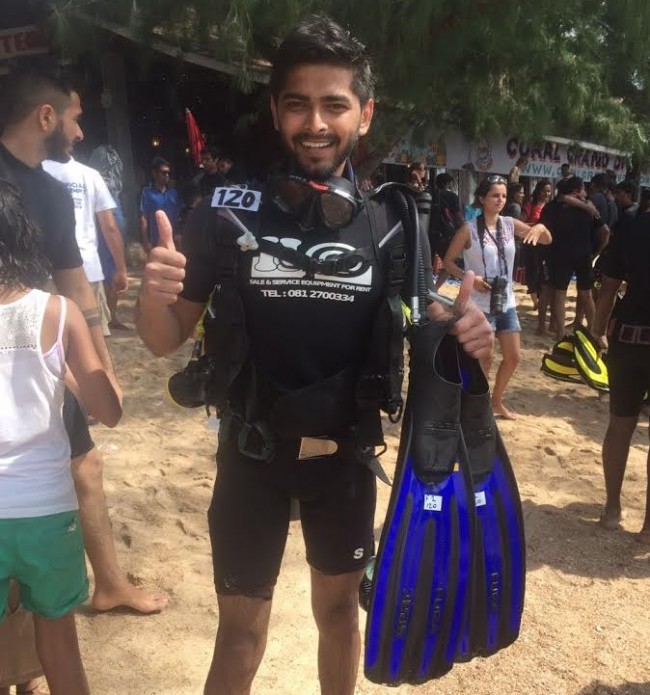 Remarkably, the team included more than 30 non-swimmers, several first-time scuba divers and all age groups from 8-year-olds to 58-year-olds. They collectively overcame several challenges including recruiting and training over 200 participants, scouting for a suitable location internationally and organizing a large-scale scuba diving event in a foreign country. Unfamiliar with saltwater, the team failed their practice attempt the previous day after six months of planning. Overnight, they dropped and replaced several divers and created a winning dive plan to set this spectacular record, demonstrating their belief that ‘Impossible is nothing!’ The overarching goal of this event was to inspire ordinary people to extraordinary accomplishments.

24-year-old Suneet plans to use his engineering skills for his next Guinness World Record. He has a few ideas and is already working out their feasibility.

Go home terrorists: Abuse Sikh students face in the US