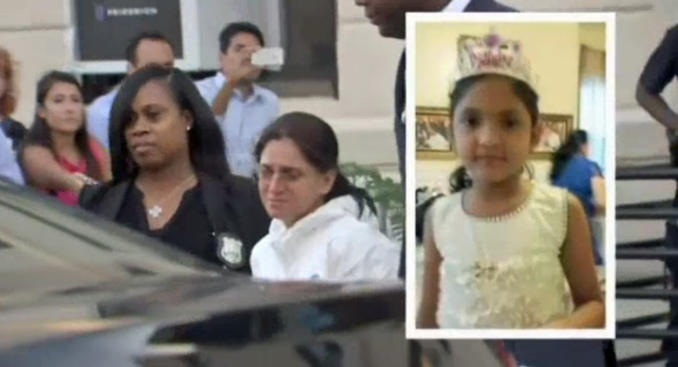 New York, May 14 (IANS) A 55-year-old Indian-origin woman has been convicted by a jury in the US of strangling her 9-year-old stepdaughter to death in 2016 and faces life in prison at her sentencing next month.

Shamdai Arjun of Queens, New York, was found guilty of second-degree murder for strangling her stepdaughter Ashdeep Kaur in a bathtub. It took a jury less an hour to convict the woman, who now faces 25 years to life in prison at her sentencing on June 3, CBS New York reported.

Ashdeep Kaur had moved from India to be in the care of her father, Sukhjinder Singh and his wife in 2016. Family members said the girl told them about past abuse at the hands of her stepmother.

“This is a horrifying case of a defenceless 9-year-old child, who was to be cared for by her stepmother but was instead strangled to death by her,” said Acting Queens District Attorney John M. Ryan on Monday.

“Her actions are truly incomprehensible and deserve the maximum punishment allowed under the law.”

According to trial testimony, Arjun left her home in the Richmond Hill section of Queens on August 19, 2016 around 5.30 p.m. with her former husband and two grandchildren, ages 3 and 5.

Asked about the 9-year-old victim’s whereabouts, she told an eyewitness that the child was in the bathroom and was waiting for her father to pick her up.

The eyewitness then called the girl’s father Sukhjinder Singh. Ashdeep’s lifeless and bruised naked body was later found in the bathtub.

The medical examiner’s office determined that the cause of death was strangulation.

HAVE YOU SUBSCRIBE TO OUR VIDEO NEWS CHANNEL YET?