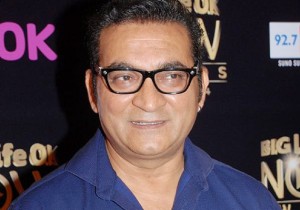 On Friday afternoon, Bhattacharya denied the allegations after he was summoned by the Oshiwara police for investigation.

“How can it be molestation? I was in front of a crowd of over 50,000, my entire family and other people around me… I don’t even know her,” Bhattacharya told media persons.

The singer added that after the ruckus, the security men at the venue and police took away the woman who later levelled the charges against him.

The alleged incident happened during a live performance by singer Kailash Kher as part of the Lokhandwala Durga Puja Mandal, of which Bhattacharya is one of the prime movers, Thursday evening in the posh Andheri West area.

The 34-year-old woman claimed that owing to the huge crowds, she could not view the performance properly so she got up and was viewing it from the side.

She alleged that at the time, she felt Bhattacharya touching her inappropriately and she objected, demanding to meet police officers and lodge her complaint.

At this, Bhattacharya reportedly shouted at her and asked some women volunteers to take her to his office where he further threatened her with dire consequences and then ejected her from the venue.

Later, the woman approached the Oshiwara police station which registered her complaint against Bhattacharya for molestation and related charges.

A police officer said investigation was underway and the next course of action would be decided accordingly.