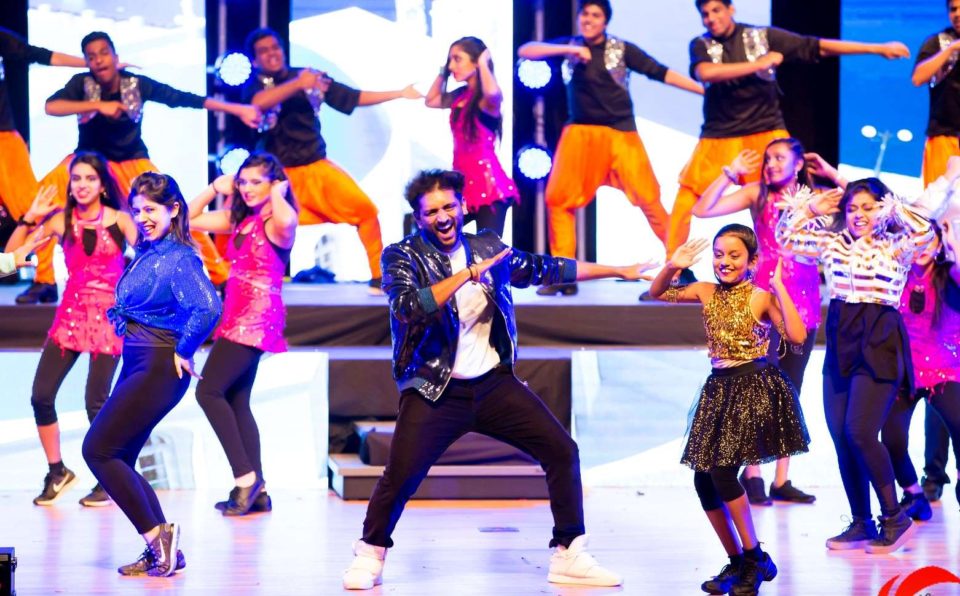 Atlanta, GA, April 5, 2019: Shiv’s Institute of Dance presented Sensation 2019, a biennial event that showcases its students’ performances, at Lassiter High School auditorium on March 17,2019.  Designed and choreographed by its founder, Shiva Turlapati and his team, well over 300 students of the institute, with ages as young as four, danced the night away as the packed hall boomed to Bollywood/Tollywood and even Hollywood beats.

Anchor for the evening, Ayshwarya Sridharan ensured smooth flow of well over 30 performances, with a smile. The large-scale production involved well over seven hundred costumes, plenty of volunteers, and customized graphics for special effects.

Kalpesh Patel, owner Patel Brothers presided as the chief guest of the night.

“Outstanding. The best of all Sensations we organized so far,” said a proud Turlapati thanking parents, sponsors, volunteers and the performers.

Turlapati recognized a few students who were graduating from high school and had been with the institute since they were toddlers. The tears in their eyes and pride in Turlapti’s voice stood testament to the dedication and love shared among students and the teacher.

Several other performances presented dance in diverse forms with the grand finale, featuring Turlapati ended the show on a high note.