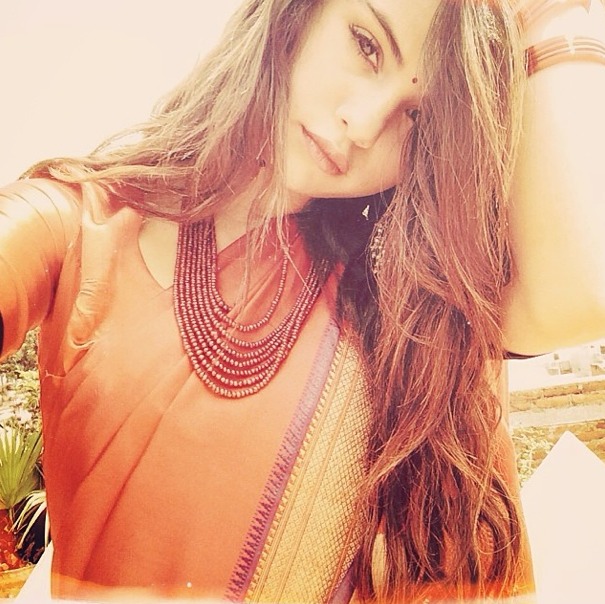 New Delhi, May 24 (IANS) Hollywood singer and fashion icon Selena Gomez took a break from wearing sensual dresses and skirts, to drape a traditional Indian sari and completed the look with bindi, bangles and a neckpiece.

The 21-year-old, who is reportedly in Nepal on a mission as a UNICEF goodwill ambassador, managed to mesmerize her fans by her India-inspired look in an orange sari and a bindi matched up perfectly with open wavy hair.

She posted a photograph of herself in this ‘desi avatar’ on photo-sharing website Instagram, and wrote: “Sari, not sari.”

The message was accompanied with a “Namastey” symbol with joined palms, though it was not revealed whether she was wearing a designer sari or not.

However, this is not the first time Gomez has donned a bindi.

She wore it first for the video of her hit song “Come and get it”. Since then, she liked this fashion accessory so much that she opted for it several times.

Celebrities like Madonna, Vanessa Hudgens, Sarah Hyland and Kendall Jenner also showed their love towards the bindi in the past.