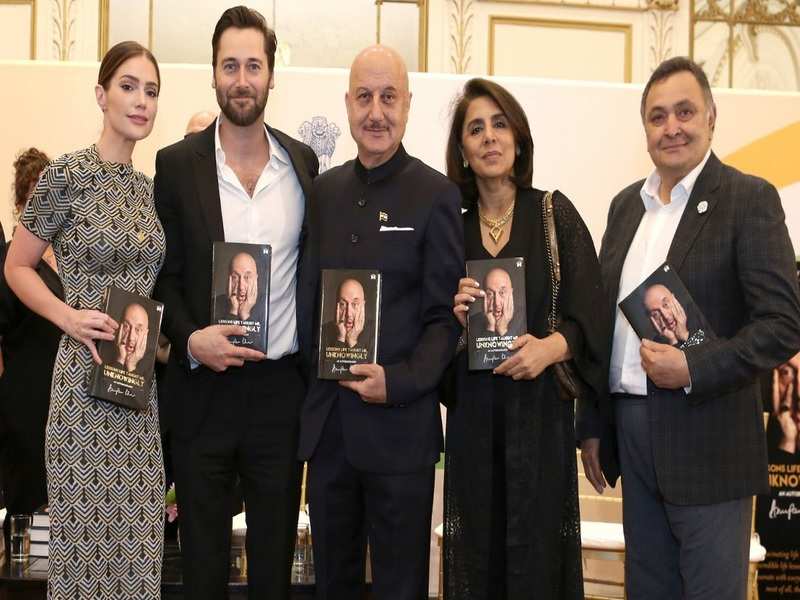 Kher was thrilled to have his friend Rishi Kapoor release his autobiography as “he is not just a fine actor, but also a symbol of courage and hope in his fight, and recovery from disease,” Anupam said about the actor, who is undergoing a medical treatment here.

Kher also felt extremely gratified to have his friends from the American show “New Amsterdam” participate in the event.

“That my book got launched in this consulate in New York, through the good offices of (Consulate General of India, New York) Sandeep Chakravorty, is something I could have never dreamt about,” said Anupam. “For a smalltown boy from Shimla to making a mark in the Indian film industry and then to come here and be accepted in the City of Dreams only proves the maxim of my life,” he added.

In his career spanning over three decades, Anupam has featured in more than 500 films in several languages. The “Saaransh” actor is also a motivational speaker.

Ruffle saree: Because dramatic is the new cool