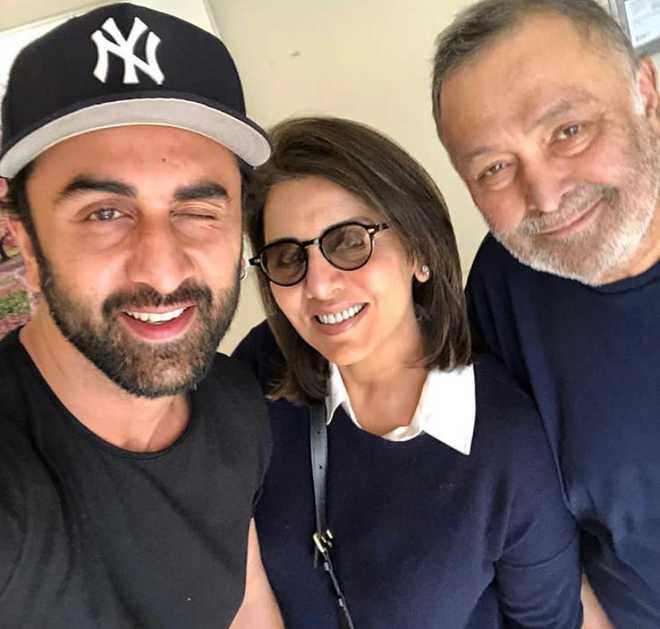 New York, April 4 (IANS) Rishi Kapoor looked in happy spirits as he was joined by his wife Neetu and their son Ranbir in New York where the veteran actor is recuperating from an ailment.

Ranbir took some time off work to meet his ailing father and posed with his parents for a photograph.

Neetu, who often gives updates about Rishi’s health on social media, took to Instagram on Thursday to share the moment.

In the photograph, Ranbir can be seen winking while Rishi and Neetu share a smile.

Within seconds, the family re-union post garnered heartiest wishes from the film fraternity.

Riddhima Kapoor Sahni, Rishi and Neetu’s daughter, who is missing from the family portrait, commented with heart emojis on the post.

Actress Alia Bhatt, who is in relationship with Ranbir, too reacted with heart emojis.

In September last year, Rishi shared that he was going to the US for medical treatment.

“Hello all! I am taking a short leave of absence from work to go to America for some medical treatment. I urge my well-wishers not to worry or unnecessarily speculate. It’s been 45 years ‘plus’ of wear and tear at the movies. With your love and good wishes, I will be back soon,” Rishi tweeted then.