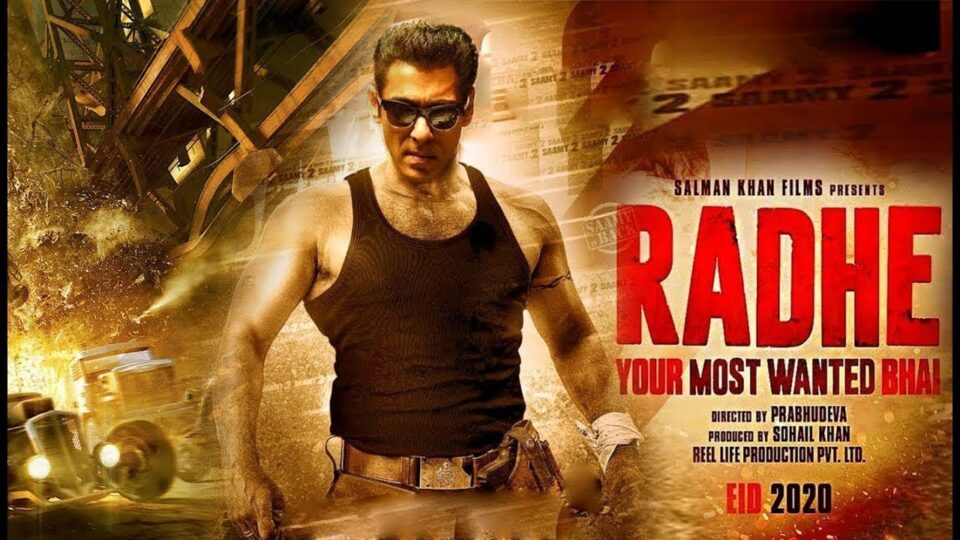 Smart villain is on a rampant spree hawking drugs, smarter cop hammers the hell out of his existence. That’s it, that’s the story.

You couldn’t care less, of course if you are a Salman fan, you weren’t logging in for the sake of story. You’re in it to watch all that goes on in between, when the ‘story’ isn’t interfering with what Salman Khan needs to do on screen to reaffirm his Bollywood superstardom.

A quick review of “Radhe ” would be easy — you know, the sort where you get over with it citing three things of note. The first is Salman Khan. The second is Salman Khan doing the thing/s he has done forever. And the third… well, there is no third thing of note in “Radhe”.

The pertinent question that crops up here is one that you’ve often grappled with while watching such mindless, aimless fare that Bollywood routinely sells as ‘entertainment’: Does “Radhe” actually deserve/ demand/ merit a review?

While trying to answer that question would definitely throw open a wider discussion on sense and sensibility in commercial Hindi cinema, the moot point about “Radhe” is the film has neither of the two, and unapologetically so.

This is Salman’s third film with Prabhudeva as director, after “Wanted” (2009) and “Dabangg 3” (2019). Those two films marked epochal moments in the actor’s career. “Wanted” was the Eid release that would catapult him to the stature of Bollywood’s top Khan of the 2010s, a year before the more-hyped “Dabangg” would establish him in that position. “Dabangg 3”, a decade later, was the warning knell that even the hardcore Salman Khan fans were no longer in the mood to blindly applaud the trademark Salman Khan package.

Yet, the superstar and his chosen director have fallen back on the same bag of tricks in “Radhe”, in a bid to garner instant ‘seeti maar’ reaction. Perhaps it would have worked if the film had a wide theatrical release.

The trouble is Salman has ended up serving a big movie that won’t appear that big when watched on mobile and laptop screens. Robbed of his primary big-screen fan base, the superstar starts out at a point of disadvantage with “Radhe”, trying to peddle larger-than-life masala to an audience that is more accustomed to content-driven fare and that often dismisses the “Radhe” brand of ‘entertainment’ as ludicrous.

The fact is of no help that AC Mugil and Vijay Maurya’s writing makes it seem like the script lay in cold storage from around the time “Wanted” was emerging a blockbuster. Salman has by and large avoided mentioning “Wanted” while promoting “Radhe”, though he should have — it might have garnered some traction. Despite riding a lower budget and far less hype, his 2009 release was definitely higher on the entertainment quotient.

“Radhe” and its eponymous lead star appear worn-out in comparison from the word go. For the record, the film is officially inspired by the 2017 Korean film “The Outlaws” in content and execution. Director Prabhudeva wholly misses out on the edge and thriller quotient of that film in trying to set up a Salman Khan showcase.

For, the storytelling is more about making room for Salman Khan set pieces. There is a lot of action, and all of it is the same — a battery of baddies being bashed up by Salman as the camera captures the stunts from sundry angles. There’s the quota of ‘naach-gaana’ (Disha Patani seriously looks way too younger and fitter). There’s Randeep Hooda as Rana the drug kingpin whose character sketch looks too absurd to be true, and Jackie Shroff trying to add a touch of humour to a mirthless script. There’s also Jacqueline Fernandez’s item number, too vanilla for impact despite the colorful razzmatazz that goes into its filming.

Technically speaking, “Radhe” is as lavish as Bollywood gets, which is a waste considering the initial impact of the big screen viewers’ reaction will mostly be lost out in foreign cinemas. Ironically, though, despite snazzy camerawork, sound engineering and CGI effects, the overall package appears like you have seen it a zillion times before.

In the end, none of it would have mattered had Prabhudeva not misfired on packaging his hero right. The aging superstar does everything he has always done, but that’s the problem — he has always only done all that he does in “Radhe”.

“Radhe” is among Salman Khan’s weakest films ever. Thankfully for his fans, it’s also his shortest film in a long time.