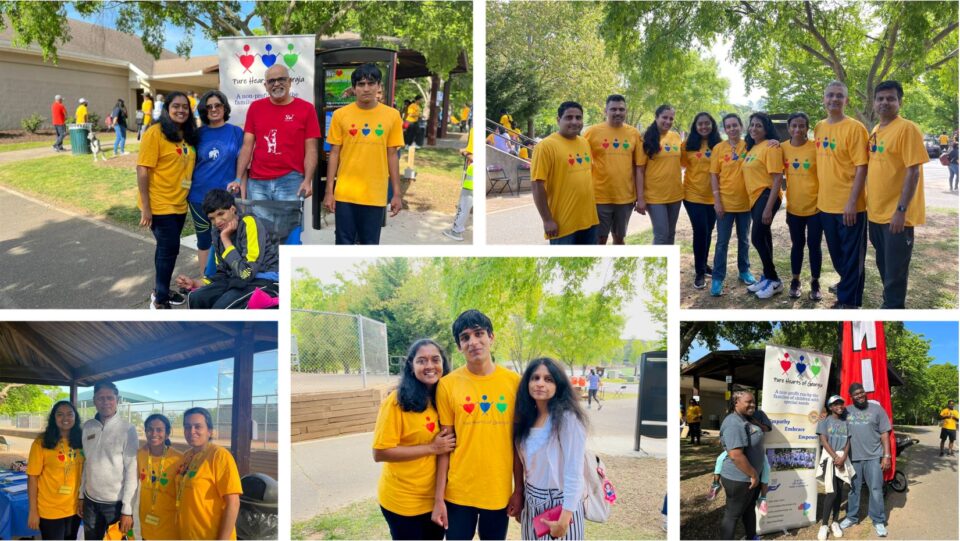 Atlanta, GA, April 29, 2022: Ready. Set. Go…The 5K Fun Run hosted by Pure Hearts of Georgia, held at Newtown Park in Johns Creek on April 24, 2022, was no regular run. It was a scene to behold as close to 40 kids with special needs, Autism, duly participated and paced towards the finish line, alongside neurotypical kids and adults. The event had 300 in-person registrations and approximately 50 virtual registrations.

April 2 is World Autism Awareness Day. The day was set by the United Nations General Assembly on “Resolution 62/139” and adopted on December 18 of 2007, to encourage member states to take action in raising awareness about people with autism spectrum disorder and support the research finding new ways to improve wellness and inclusion.

Autism spectrum disorder (ASD) is a developmental condition that affects a person’s ability to socialize and communicate with others. People with ASD can also present with restricted and/or repetitive patterns of behavior, interests, or activities. The term “spectrum” refers to the degree in which the symptoms, behaviors and severity vary within and between individuals.

April used to be known as Autism Awareness Month. But in 2021, the designation changed to Autism Acceptance Month. The Autism Society of America announced the suggested shift in terminology last year, to ignite change in the lives of those with autism and their families. About 1 in 44 U.S. children have been identified with Autism. Boys are four times more likely than girls to develop symptoms of ASD.

Pure Hearts of Georgia, Inc was founded by Anandhi Jambunathan, with co-founders Annapoorna Somayajula and Chelvi Selvanayagam. Anandhi and her husband Ganesh Krishnamurthy have been actively supporting families of children with special needs in and around Atlanta for more than 15 years. Their son Krishiv, 16 is autistic. In 2019, the organization was registered, as the founders realized they could spread awareness to the community and also better support the children and their families through a formal organization. Currently the organization has 175 families registered under its wing.

With necessary permits from the park in place, the team was all set with registration at 7:30am with steady stream of runners coming in. Emcee Satish kicked off the event at 8:00 am with buoyant drumbeats by Dinesh & team.

Jambunathan started with the welcome speech thanking all volunteers and sponsors who contributed to the event, including key sponsors Pramod Sajja, Paramount Solutions, Murugadass, Smartsoft family and Ramesh & Sowmya Sikal. She also thanked Green Cell Atlanta for providing water, Seema Garg for promoting the event, Bharat Chandrasekhar for sponsoring donuts and coffee. Nazeera Dawood, highlighted the term Neuro Diversity and inclusion in workplace by employers, adding that she would stand by and guide pure hearts. Johns Creek City Council member, Bob Erramilli also stopped by at the event.

Geetha & Karthikeyan, Jambunathan said, offered their knowledge about conducting the run and guided the team through every step of the run. “They were also the first to come on the day of the run to set up the music and the banners!” Jawahar, she added, helped with the set-up along with donating energy bars. Kayal Ramesh & Anu Ganesh provided fruits for the runners, while Siva and Krishna lead their team of volunteers to guide the runners around the track.

“It is truly heartening to see all these kids participate and the support we are receiving from the community,” Harini Senapathy noted.

Runners clad is bright yellow shirts, much like the sunny day it was, strode across the park to complete their 3 laps, accompanied by music and encouragement from fellow participants. Some even danced to the peppy drumbeats of the ‘Parai’ team.  Awareness and acceptance were in abundance.