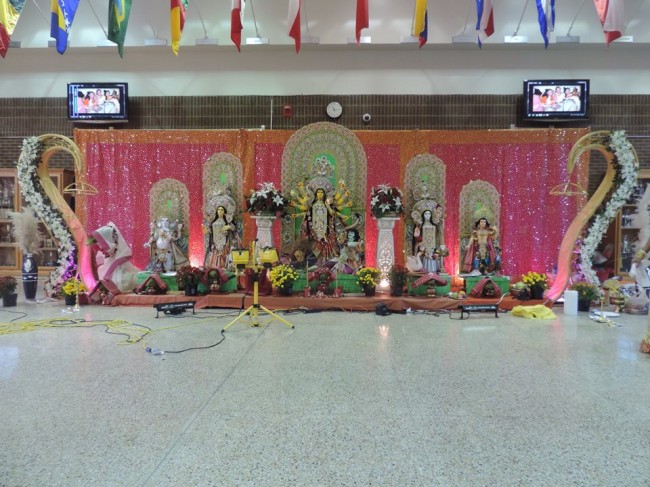 Atlanta,GA: Purbasha celebrated Durga Puja on Oct 4 and 5 with grandeur and magnificence. Members gathered the day before to celebrate Sosthi and set the stage for the next day.  People fromGeorgiaand neighboring states gathered around Devi Durga to pay homage and respect.  With hands folded and heads bowed, crowds gathered around “Maa Durga” as they prepared for aarti and pushpanjali. As part of the festivities, children participated in an art competition.  The puja was followed by prasad distribution and lunch. The evening was topped off by a cultural program, which included entertainment from local artists, adults, and children, and featured dance, songs, piano and guitar music, and poetry. 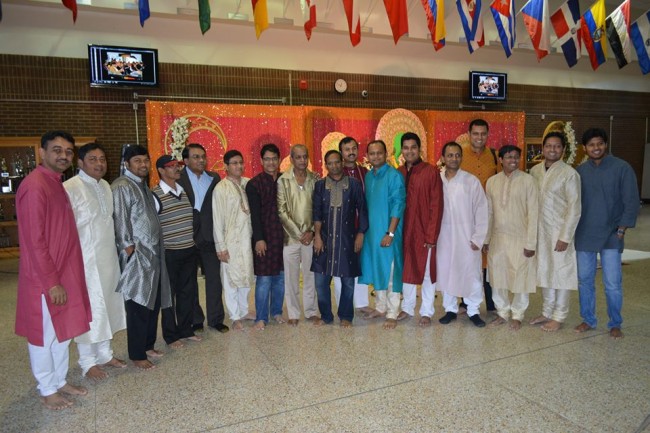 On Oct 5, Purbasha celebrated Maha Navami and Dashmi puja. There was a series of events, including Pushpanjali, aarti, sindoor khela. A splendid lunch was served after this. Our hearts saddened as we saw the crowds disappear and found “Maa Durga” preparing for transport, as we knew the long-awaited event had come to an end.  Members remembered the late night rehearsals and the sleepless nights that went into making the program a success. We want to extend our heartiest appreciation to the entire Indian community for their huge support in making the event a grand success. Over the two days we had 500+ people visiting our Puja. Now we find ourselves waiting until next year, when we will again gather to celebrate “Durga puja.” At the same time, however, we feel excited as we look forward to the upcoming Kali Puja on Saturday on Oct 25,2014 followed by  a musical nite by Rajdeep Chatterjee. Purbasha welcomes everyone to join us for the Kali Puja event and cultural program, as we hope to make it a huge success.

Selfie obsession may cost you your job