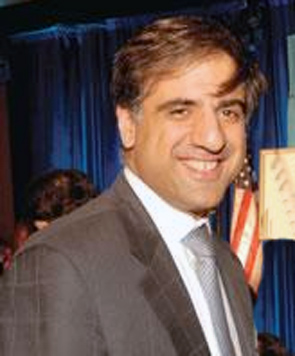 Washington, March 14 (IANS) Yet another Indian American, Puneet Talwar, a longtime White House national security staffer, has been confirmed by the US Senate to the key job of serving as a bridge between the state and defence departments.

As the State Department’s new assistant secretary for political-military affairs, Talwar, who was confirmed Thursday by voice vote, will be taking over the bureau that manages US defence exports as well as serving as the bridge between two key departments.

Talwar, a former adviser to then Senator Joseph Biden would become the second Indian American assistant secretary in the State Department after Nisha Desai Biswal, who is the point person for South and central Asia.

During his December confirmation hearing before the committee, Talwar emphasised the need to maintain strong defence relationships internationally.

“We in the PM bureau are thrilled to have Assistant Secretary Talwar taking the helm, as the Bureau of Political-Military Affairs moves forward in its mission to integrate diplomacy and defence, and forge strong international partnerships to meet shared security challenges,” a State Department official said.

Talwar has been working as special assistant to President Barack Obama and senior director for Iran, Iraq and the Gulf states on the National Security Staff since 2009.

Before joining the White House, Talwar had served as a senior staffer for the Senate Foreign Relations Committee, and adviser to then committee chairman Biden.

He served as a member of the Department of State’s Policy Planning Staff from 1999 to 2001.

He received a BS from Cornell University and an MA from Columbia University’s School of International and Public Affairs.