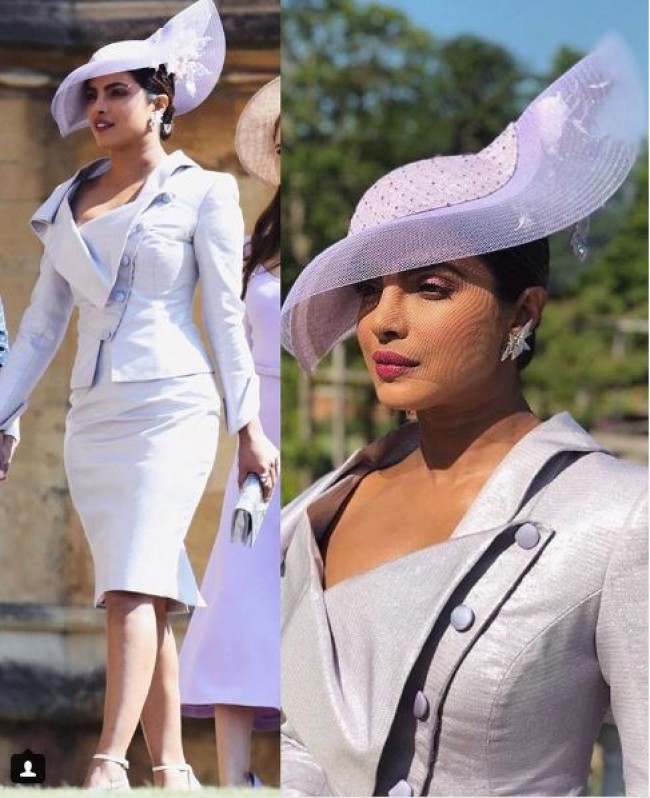 London, May 19 (IANS) Internationally acclaimed Indian actress Priyanka Chopra looked ravishing in a lilac hued outfit as she attended her friend and actress Meghan Markle’s wedding at the St. George’s Chapel on Saturday.

In a live video streamed on Youtube, the “Quantico” star was spotted seen talking to actor George Clooney and his wife Amal.

Markle is marrying Britain’s Prince Harry at St George’s Chapel in Windsor. Her father Thomas would be unable to attend the wedding, media reports said.

Meghan’s mother Doria Ragland will accompany her daughter to the wedding.