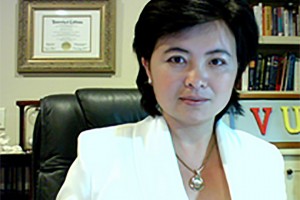 Atlanta, GA: Susan Xiao-Ping Su, 43, former president of the California based Tri-Valley University, was sentenced to 16 years in prison for fraud by issuing phony visa-related documents to international students in exchange for tuition and fees, according to media reports.

Prosecutors said Su netted $5.9 million while running the “Christian higher education institution” based in Pleasanton and used the money she made to buy luxury cars and real estate.

Students, mostly Indian nationals, paid $2,700 a semester in tuition for visa-related documents that purportedly allowed them to live and work in the country with a student immigration status, CBS said.

The unaccredited online university was founded by Su in 2008 and was shut down in March 2011 on the order of the California Bureau of Private Post-secondary Education, according to the university’s website.

A federal grand jury indicted Su three years ago charging her with falsifying documents and lying to investigators and immigration officials about how students were affiliated with the school, which lacked instructors or appropriate course material.

Federal investigators found more than 550 students enrolled at the university were registered as living at the same address, a two-bedroom apartment in Sunnyvale, Mercury News said.

Several former students testified for the government during Su’s trial, including a former student, Vandana Satija of New Jersey.

She told the jury Su threatened her with the prospect of deportation after she raised questions about the school and demanded a refund, Mercury News said.

Don't read scriptures as fact, but as myth: Dan Brown