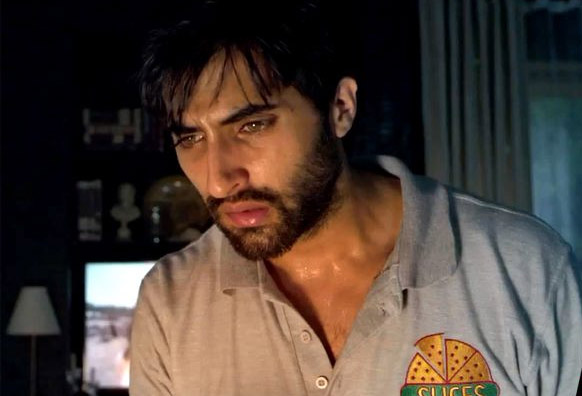 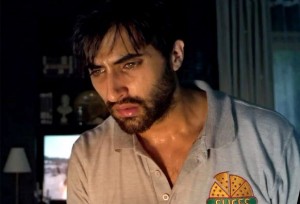 What the devil! Here’s the deal. Normally in films about paranormal experiences, the terror comes from outside. But what if the fear factor is turned on its head? What if the pizza delivery boy, known to be occasionally and potentially dangerous, gets spooked while making a home delivery?

When you gotta go, you gotta go…right? When the devil within summons the poor pizza boy for a bit of footsie in an abandoned bungalow, you know it’s time to get seriously concerned about the health of your spirit. 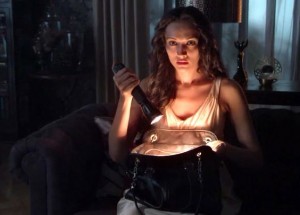 If you’ve seen the Tamil original, then you know what you’re in for. “Pizza” is a pacy perky ode to new-age terror where traditional horror elements such as a woman possessed by an evil force is combined with the theme of the effect of metropolitan quirks such as mindless materialism and commitment phobia, on the mind of the upwardly mobile class.

The film has some genuinely scary moments once the pizza boy (Akshay Oberoi, sincere) gets locked inside the house with ghouls on the prowl. There are insane twists in the terror tale that add up finally to a fairly convincing too-clever-for-its-own-good denouement. Though nothing spectacularly shocking happens during the film’s running time, there are enough turns and twists in the tale to keep us alert and involved from behind our 3D glasses.

That brings me to the singular unimportance of being three-dimensional in our movies. I’m never able to figure out why our films make a spectacle of themselves.

Dude, 3D is distracting. However, the chill quotient in “Pizza” works better with objects flying into your face and bloody hands lunging from nowhere to grab our pizza boy by the throat.

But it’s not only such shock shots that make “Pizza” engaging. It’s that crisp spicy topping of humour where we see our hero being trapped into a house of horrors that his pregnant wife (Parvathy Omanakutttan, sunny and funny as the missing Mrs.) would probably have written about in one of her stories.

Yup, Mrs. Pizzaboy is a practising horror writer with a penchant for a hearty laugh at her timorous terrorized spouse’s expense. Akshay Oberoi’s Kunal is a mixture of the timid and the defiant. He lets the character’s confusions build up as the story progresses so that finally we see him as a victim in ways that we would never suspect otherwise.

The supporting cast, though impressive by name, seem distressfully stilted in action. The tone in which they are made to deliver their dialogues has something to do with it. The dialogues could have been delivered less urgently than the pizza. Dipannita Sharma and Arunoday Singh are wasted. Period.

“Pizza” is a fear fest with a yummy twist at the tale’s end. Unlike other films of the horror genrem, this one doesn’t depend on excessive gore to send shivers up our spine. Director Akshay Akkineni creates an eerie aura in one specific house of horror and ramshackle havelis being passe. This one unfolds in a spanking upmarket bungalow.

And then Akkineni turns around and mocks our response of horror and fear. The premise is interesting and intriguing.