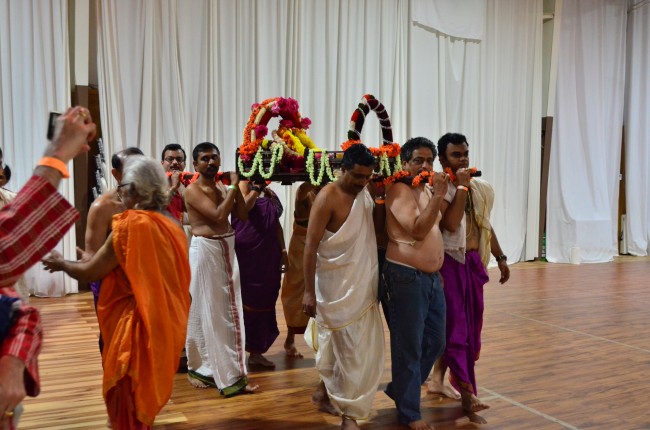 Shri Raghavendra Swami is a 16th century saint and a prominent guru of the lineage of Madhwacharya. Each year, the day he entered Jeeva Samadhi (Brindavana) at Mantralayam and believed to live in a metaphysical form for 700 years, is observed as Raghavendra Aaradhana.

Legend has it that Raghavendra Swami chose to enter Brindavana during Shravana Masa,Krishnapaksha in 1671 A.D, amidst a congregation of disciples, followers, and doubters who had gathered to witness the miracle. He is said to have performed countless miracles with his Yoga Siddhi before and after entering Brindavana to display the greatness of God. The first miracle, after entering Brindavana is said to be the seven aksharas he provided that completed his disciple Appanacharya’s Poornabodha Guru Stotra, which were left incomplete by him, overcome by grief that he could not see Raghavendra Swami before entering the Brindavana.

Generally, Aaradhana is a three-day celebration, the first day known as Purva Aradhana, the second day, Madhya Aradhana and the third, Uttara Aradhana. Shree Krishna Vrundavana celebrated these on 26, 27 and 28 of August, 2018. 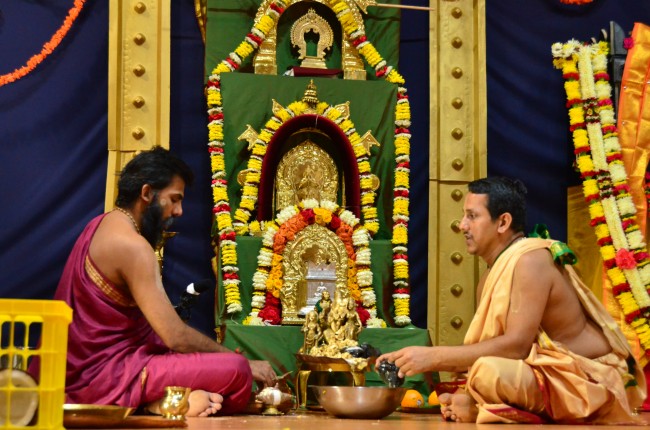 Priests Jaya prasad Achar and Yogendra Achar performed the Aaradhana rituals, starting with the Tarkari Shastra, which was held the evening before the day-long event. This shastra is a ritual used to predict the number of devotees that would attend the event.

Even as the sacred chanting of the Vedas, Veda Ghoshas reverberated through the hall, a cornucopia of Panchamrutha Abhisheka, Raghavendra Ashtotara, Maha Pooja, Shloka recitation, Ranga Pooja, Pallaki Utsava and AshtaVadaana Seva added another dimension, elevating the spiritual experience.

“Several devotees were heard quoting the divine vibrations created during the Maha Pooja,” said Gokul Venkatesh, a devotee and one of the organizers of the event.

Devotees were served a traditional lunch and dinner prasad, all cooked by Jayaram Bhat, who single handedly managed the cooking process. Known for managing crowds in thousands, he did just that a day before he arrived inAtlanta, cooking for 2000 devotees in the Bay Area.

“It was also inspiring to see the tireless efforts of several volunteers/devotees, who revere Guru Raghavendra Swamy and look forward to the Aradhana event every year,” said Venkatesh. 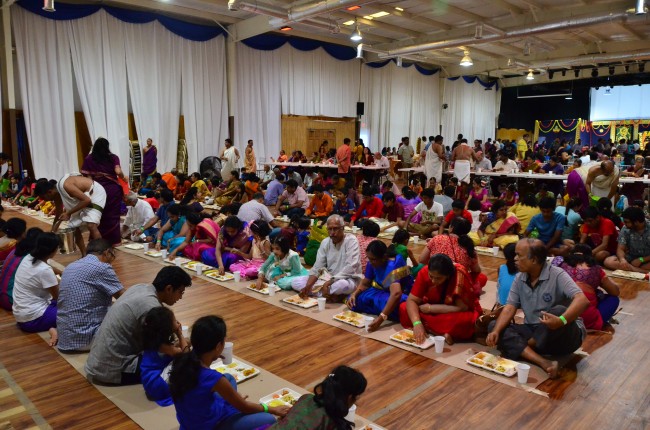