The evening program started with the Jyothi Prajwalana performed by the GATA team and founding members followed by the Lord Ganesha Stotram rendered by the youth group. Local performers from several dance and music institutions as well as few groups brought their enthusiasm to the stage and showcased their talent. The program brought to the audience a blend of classical and modern Tollywood dances. The major event for the night was brought forward by Smt Revathi Komanduru’s students. American kids for the first time in GATA performed a beautiful dance to a Bollywood song, which was appreciated by everyone. 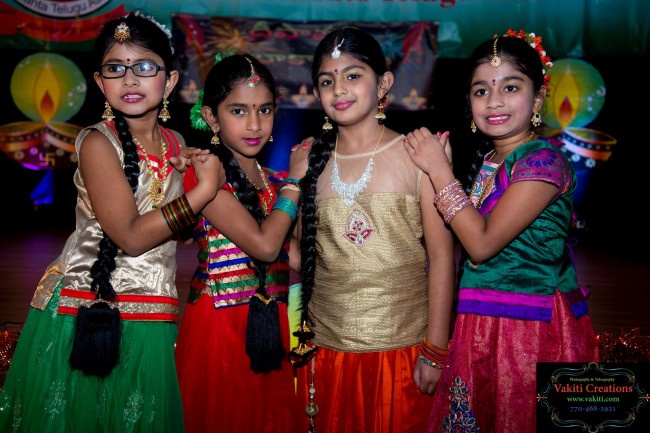 The GATA Deepavali event had two distinguished guests for the evening. The chief guest was Forsyth County Chairman Pete Amos who was joined by his wife Catherine Amos. Mrs. Amos was delighted to see the Indian classical dance and captured a few pictures for her memories. The Guest of honor was the Vice Consul Timothy Jetty from the Consulate General of India. Chairman Amos congratulated the Indian community for the excellent display of culture at the Deepavali program. He also thanked the community for being a part of makingForsythCountyone of the fastest growing counties in the state. Vice Consul Jetty stated his appreciation for the values encompassed in the banner logo “Ttamasoma jyothirgamaya”. In the middle of the program, guests Pete Amos and Timothy Jetty presented perennial GATA patrons with plaques for their continued support of GATA programs for the Greater Atlanta Telugu community. 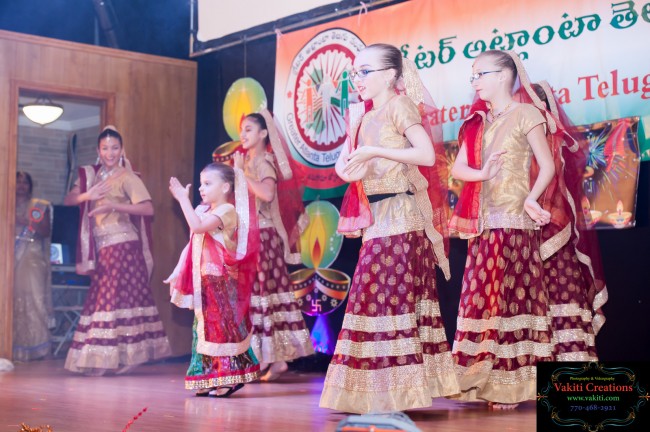 Dinner was served to those in attendance by proud sponsors: Peppers, Krishna Vilas, Suvidha and Siva Mattipalli (pizzas). Throughout the evening, the food sponsors and volunteers worked tirelessly to ensure that there was enough food for everyone. Following the programs and dinner, parents and children were given the opportunity to celebrate Deepavali with fireworks and sparklers, allowing everyone to depart the night with good memories of Deepavali 2015.

GATA released a press statement thanking Sridhar Vakiti for capturing the energy and enthusiasm of the performers and attendees alike throughout the program with his photography. “The entire GATA community recognizes his dedication over the past five years at each GATA event,” the release said. “We would like to thank Srinivas Durgam for providing the sound system that enhanced the cultural programs. We appreciate all the patrons and sponsors for their contributions. All of the efforts put in resulted in making every GATA even a successful experience for all. The GATA team would like to thank our volunteers Kiran Baddam, Amar, Sai, Rohit, Praneeth, Nickil, Raj, Sridhar, Naresh, Vikram, Niranjan, Ganesh, Manohar, Santosh, Pramod, Vinod, Mahender, Shashi Mariganti, Srini Gundeboina, Srikar Bellup, Balakrishna, Kishan Devunoori, Suresh Kulla, Ram Parupalli,, Sai Prasada Reddy, Rakshita, Tanvi, Keerthi, Raj Kasireddy, Ramana Muppiri who set aside time to make the program a huge success. Finally, GATA would like to extend their gratitude to the dance and music institutes who brought forth performers with immeasurable enthusiasm and talent for the program, the showcase of the evening.” 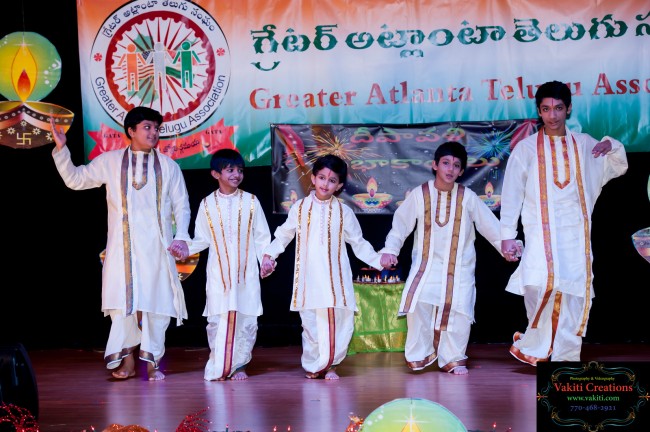