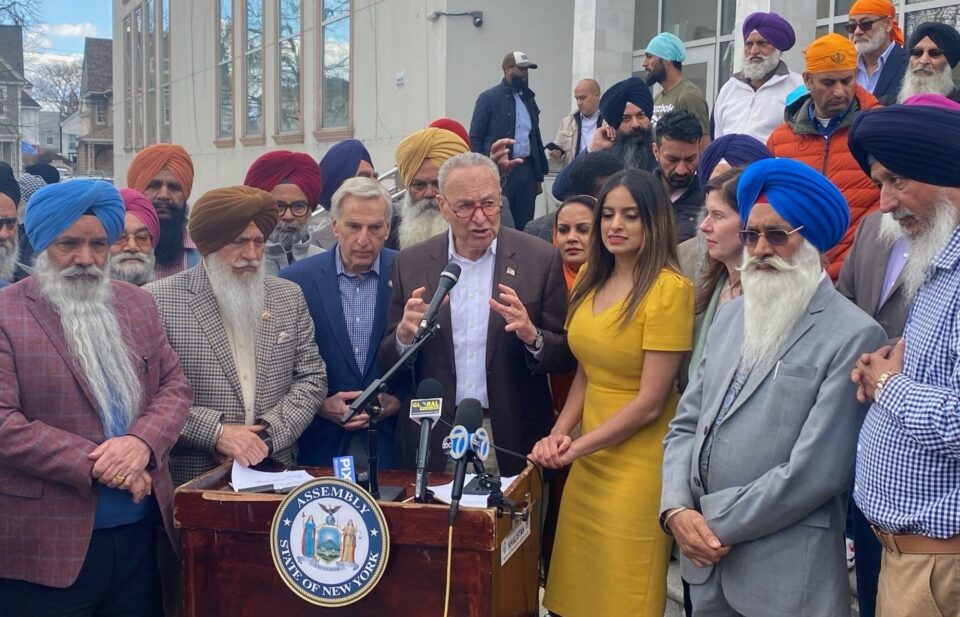 New York, April 15 (IANS) The New York Police have arrested two men in connection with two separate attacks on Sikhs in the city amid rising fears in the community in an area with a prominent gurdwara.

The ‘Sikh Coalition’ identified the victim as Nirmal Singh, a visitor from India.

The attack was investigated by the Hate Crimes Task Force of New York Police and Douglas was charged with allegedly committing hate crimes.

On Tuesday, police had arrested Hezekiah Coleman, 20, soon after an attack on two Sikh men, in the same Richmond Hill area.

Coleman and another man removed the turbans of the two men, attacked and robbed them.

The second attack came two days after a protest at which high-powered US leader Chuck Schumer, the leader of the Democratic Party majority in the Senate, and several New York leaders condemned the alleged attacks on Sikhs.

“When a man is beaten and hurt because of his background, who he is, what his religion, his nationality and ethnicity (are), it is a dark day for America,” Schumer said.

“The lesson of our history is that we must fight it and speak out against it,” he added.

Sikh Coalition official Nikki Singh said after the second attack, “Sikhs are no strangers to hate violence, but the recent string of repeated attacks in the same location is especially disheartening and reprehensible.”

On Wednesday, Governor Kathy Hochul participated in an anti-hate crime rally along with the Sikh Coalition.