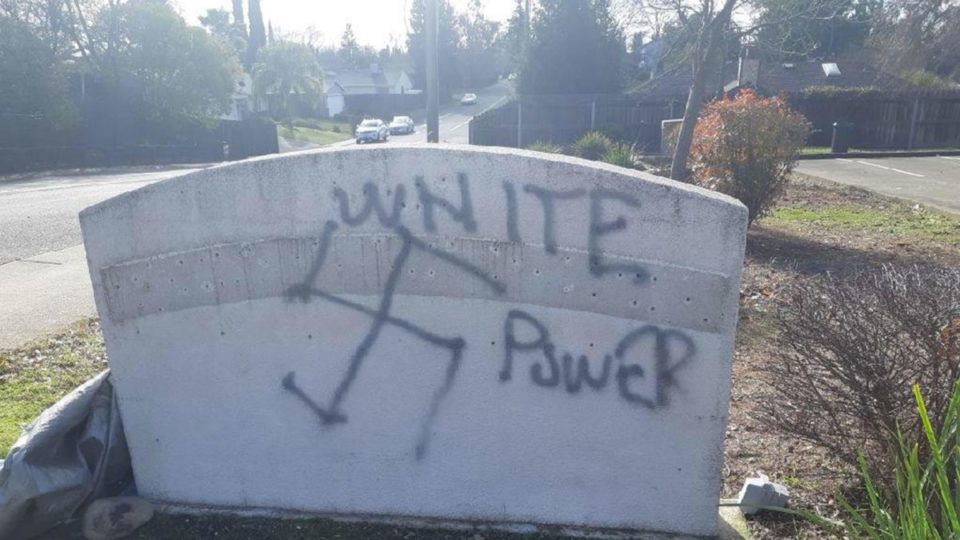 San Francisco, Jan 16 (IANS) A newly inaugurated gurdwara in California was vandalized with white nationalist graffiti, which included the phrase “White Power” and depicted a swastika on a concrete slab at the front entrance, a media report said

The Guru Maneyo Granth Gurdwara Sahib, located in Orangevale, about an hour from San Francisco, was inaugurated on January 12, the San-Ramon based Indica news portal said in a report on Wednesday.

The vandalization took place between Sunday evening and Monday morning, the report added.

The gurdwara is still under construction, so the front slab was empty, head priest Manjit Singh Khalsa told Indica news, adding that the assailant used a black spray paint.

Khalsa said he learned about the incident when the police visited him after a neighbour saw the graffiti and immediately alerted authorities.

“We are not shocked but it bothers us,” he said, adding that the FBI was investigating the case.

In a statement, Orangevale Sikh community member Dimple Bhullar said: “We were shocked and saddened to discover this hateful message, because no group should ever be the target of this kind of bigotry.

“The Sikh community has been an integral part of California for 125 years, and we won’t let this divide or silence us now.”