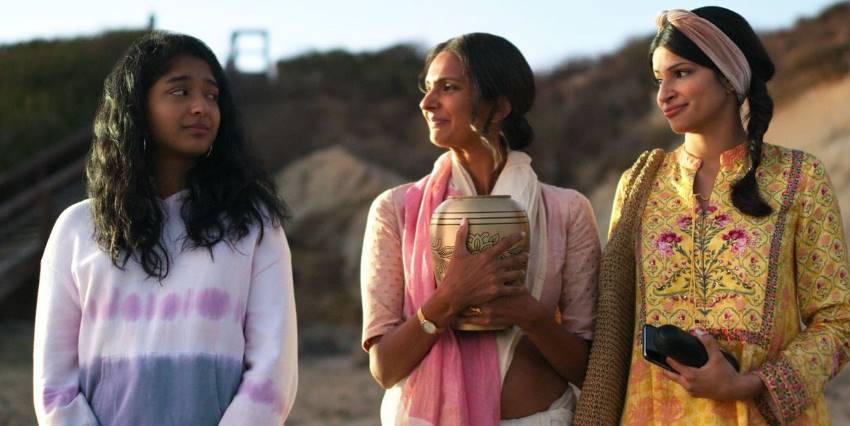 The remarkable Mindy Kaling has co-created a new dramedy, which naturally draws your interest. What you get here isn’t pathbreaking stuff, but Kaling’s latest effort is spiffy enough in impact to keep you hooked over 10 episodes.

“Never Have I Ever” is a coming-of-age saga that never takes itself too seriously, and yet quietly conveys all the angst it sets out to. A big reason the series works is its cast. Maitreyi Ramakrishnan as protagonist Devi and Poorna Jagannathan as her single mother Nalini are particularly endearing in this spirited entertainer that cocktails the American Desi life with teenage drama.

There’s one more thing. In an obvious hardsell twist, the series is narrated (with aplomb!) by tennis legend John McEnroe. The idea ends up being more than a gimmick in a way. As McEnroe narrates the story, you would find resonance of his famous hyper, on-court flare-ups in Devi’s gusto, with which takes on life. She may not reveal the same fury as Johnny the McBrat of tennis world, but the spirit with which she gives it back to the world is uncanny.

Maitreyi’s Devi is 15, a first-generation American Desi growing up in California. Of course, good grades are far from the only things that define tension in her life. There’s the dilemma over losing her virginity, although Paxton the perfectly-toned six-pack classmate (Darren Barnet) seems too dishy a deal to pass over. There are the soul buddies, Fabiola (Lee Rodriguez) and Eleanor (Ramona Young) of course, but when are high school equations always consistently cool?

Above all there is Devi’s mother Dr Nalini Vishwakumar. For the teenage girl, bickering with mom is fast becoming a way of existence — mom won’t let Devi have a love life just yet.

The pace falls at times, but nothing endears viewers to a feel-good comic drama as real characters and situations. There is a whiff of the autobiographical here, you reckon, as Kaling, along with co-creator Lang Fisher, crafts a relatable storyline that betrays only stray tendencies to go over the top. The culture clash between Devi and her mom is by and large restrained in its depiction — which is important because a sizeable chunk for the story rests on it.

“Never Have I Ever” is at the same time about the loneliness and chaos of the growing-up years. It is funny and fresh in its approach of a familiar genre. Sure, there are the cliches, but cliches never look too bad when written in an intelligent manner.