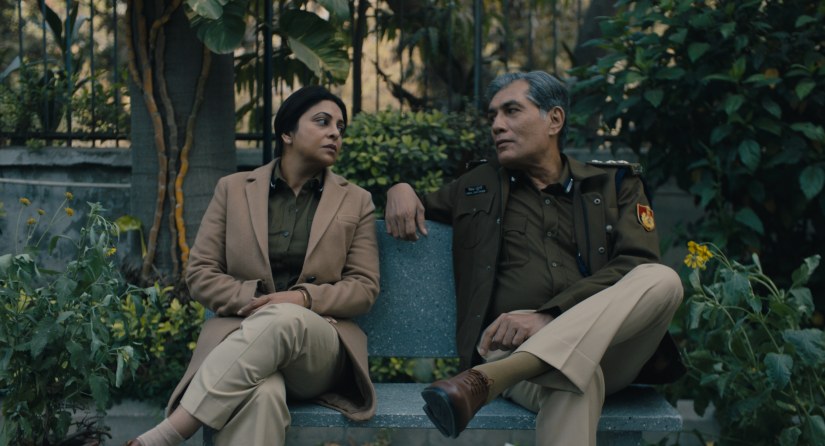 Did the gruesome, ghastly, inhuman events of December 16, 2012 change our perception of rape and rapists forever?

Years later, we are still grappling with the sheer savagery of the crime that those “men” (for the want of a better definition) perpetrated on a girl who just wanted to get home after a movie (“Life Of Pi” it was).

It is interesting that the new stunning digital film “Delhi Crime”, on Nirbhaya — the name given to her by the media which means fearless — is also by an Indo-Canadian filmmaker named Richie Mehta.

It is impossible to take your eyes away from the trailer of “Delhi Crime” as the ever-compelling Shefali Shah takes centrestage as the police officer Vartika Chaturvedi, investigating the worst crime we have seen against humanity in Delhi.

In less than two minutes, Shefali made me feel horribly guilty for all the Nirbhayas of our country who are still wondering what they did to deserve this?

“Delhi Crime” tries to answer a very pertinent question about the law and order situation in the cities. Why are the perpetrators not afraid of punishment? Weren’t Nirbhaya’s rapists sure they would get away with it.

The storyline sucks you in by the sheer force of strength displayed in the narrative through performances, especially by Shefali, as also other stalwarts of the performing arts such as Adil Hussain, Rasika Dugal and Rajesh Tailang.

This series promises to shake us up, remind us of what the motion picture is supposed to do. It moves.

“The making of ‘Delhi Crime’ has been a personally transformative journey…Speaking to every individual involved, retracing the paths that the police took during the course of the investigation, and hearing of the determination that it took for the case to be closed, despite severe limitations,” Mehta had earlier said in a statement.

He hopes that he has “been able to provide context, catharsis and open once again a difficult conversation that must be had about the forces that enabled this brutality”.

Throughout the seven hour-long episodes, “Delhi Crime” captures the complexities of the scrutiny, the emotional toll on the investigating team and their determination to bring the perpetrators to justice in a fraught environment.

“‘Delhi Crime’ is an important story told with sensitivity and responsibility, and we are honored to help bring this series to Indian and global members. It is honest and emotional and powerful,” said Simran Sethi, Director, International Originals, Netflix.