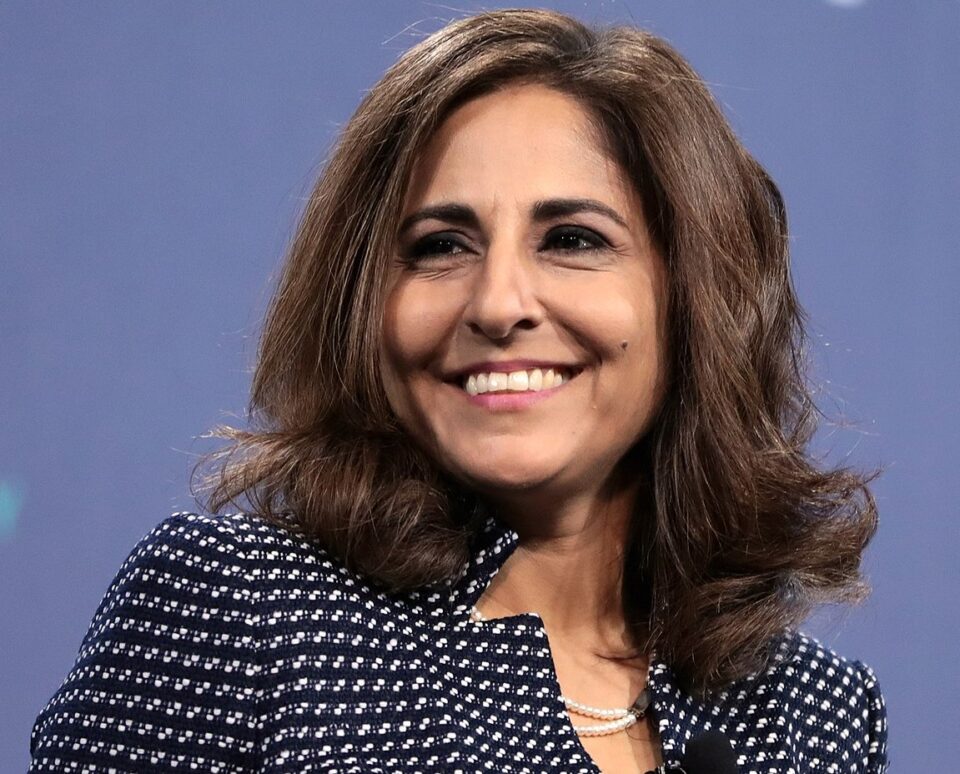 New York, Dec 2 (IANS) Neera Tanden, who has been named Joe Biden’s budget chief, shares a common upbringing with Kamala Harris — both were raised by single mothers, who came from India and through their determination saw their daughters rise to positions of power — exceeding the American dream.

“Like the vice president-elect’s mother, Shyamala, my mother, Maya, was born in India. Like so many millions, across every generation, she came to America to pursue a better life,” Tanden said on Tuesday after Biden introduced her in Wilmington as his pick to be the director of the Office of Management and Budget (OMB) when he becomes president next month.

The position is one of the most powerful, overseeing the crafting of the nearly $5 trillion budget, having responsibility for seeing to the management of several agencies and liaising with Congress.

But their stories diverge after their parents’ divorces, Tanden’s at age five and Harris’s at seven.

Tanden fell from the middle class and what followed was a saga of her mother’s determination and American generosity.

“I’m here today thanks to my mother’s grit, but also thanks to a country that had faith in us, that invested in her humanity, and in our dreams,” she said.

“My mom was left on her own with two children a” and without a job. She faced a choice — return to India, where at the time divorce was stigmatised and opportunity would be limited — or keep fighting for her American Dream. She stayed, and America came through for her when times were tough.”

Tanden spoke candidly of their dependence on public programmes for the poor, food stamps a” the government vouchers for free food — and Section 8 vouchers — government rent subsidy.

“We relied on the social safety net to get back on our feet,” she said.

Of her mother’s struggle, she said, “This country gave her a fair shot to reach for the middle class and she made it work. She got a job as a travel agent, and before long, she was able to buy us our own home in Bedford, Massachusetts, and see her children off to college, and beyond.”

“I’m here today because of social programs. Because of budgetary choices. Because of a government that saw my mother’s dignity, and gave her a chance,” she said and linked her experiences to her future work.

“Now, it’s my honour to help shape those budgets and programmes to keep lifting Americans up, to pull families back from the brink. To give everybody the fair chance my mother got, and that everyone deserves,” she declared.

Harris’s mother, Shyamala, was a medical researcher when her African Jamaican husband, Donald, left her and their two daughters, and was not in such dire straits as Tanden’s mother.

A measure of the distance Tanden has traveled from the initial shock of poverty is in Biden’s description of her as “a brilliant policy mind with critical practical experience across government”.

“She will be the first woman of color and first South Asian American to lead the OMB. She will be in charge of laying out my budget that will help us control the virus, deal with the economic crisis, and build back better,” he said while introducing her.

Biden, who will be president next month, called his picks for the economic jobs a “first-rate team that will get us through the on-going economic crisis and help us build our economy back better than before”.

Many of them had served in the administrations of Presidents Bill Clinton and Barack Obama like those he has selected for foreign affairs and national security jobs.

“This team is tested and experienced,” he said.

Tanden had worked for former Bill Clinton’s campaign and became an associate director for domestic policy at the White House and as an adviser to Hillary Clinton. In Obama’s administration, she was a senior adviser to the Health and Human Services Department helping craft his affordable healthcare law and program.

Like Tanden, whom Biden described as the first “South Asian American,aï¿½ rather than Indian American, to head the OMB, there are others who are also firsts.

Janet Yellen, who will be the first woman to become treasury secretary if confirmed by the Senate, is a former chair of Clinton’s Council of Economic Advisers (CEA) and was appointed chair of the Federal Reserve, the nation’s central bank, by Obama.

Cecilia Elena Rouse will become the first African American to chair the CEA, of which she had been a member during Obama’s tenure.

Tanden will face strong opposition from Republicans in the Senate when she comes up for confirmation because of the vicious insults she had piled on them in her twitter posts.

Republican Senator John Cornyn called her “radioactive” and said she was perhaps the “worst nominee so far”.

Another, Tom Cotton tweeted that she was “filled with hate & guided by the woke left” and cited one of her tweets in which she said she loved Republican Senate Majority Leader Mitch McConnell being called “Moscow Mitch”.

She had also claimed that Russians had hacked the election system in 2016 and and it led to transfer of 70,000 votes to Trump.

The Daily Beast reported that Tanden had deleted more than 1,000 tweets last month like one in which she asked people to “focus their ire” on McConnell and others of his party.