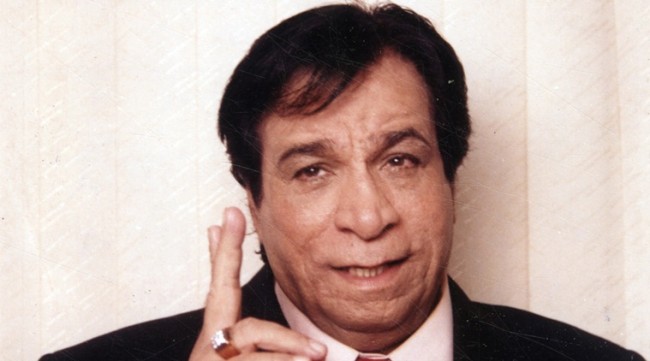 Mumbai, Jan 1 (IANS) An actor-writer-comedian and Quranic scholar, the multi-talented Kader Khan, who died early on Tuesday (IST) in Toronto aged 81, has left behind a vast oeuvre of work from a career spanning over four decades and will be remembered as much for his contribution to Hindu filmdom as for deciphering Islam for the laity across the religious spectrum.

The sad news of Kader Khan’s passing shocked the Bollywood fraternity on New Year’s Day, when it broke early on Tuesday morning.

Born on October 22, 1937 in Kabul to a Pashtun family, Kader Khan (KK) migrated to Mumbai in 1952 and was educated in a local municipal school and later graduated from Mumbai’s Ismail Yusuf College, Jogeshwari, a government-run institution.

He followed up with a diploma in Mechanical Engineering from the M. S. Saboo Siddique Institute in Mumbai and later became a professor there for around seven years.

According to a close family friend Javed Jamaluddin, the family initially lived in te notorious Arab Gully in south Mumbai, before shifting to the suburbs and Kader Khan, who loved to read and write, continuing his higher education there.

It was during his college days that he developed a passion for theatre, acting and penning stories and dialogues. He penned a drama, “Local Train” which bagged the first prize at the National Jagruti Drama Competition in the early 1970s, Jamaluddin said.

It was Narendra Singh Bedi, son of the legendary Rajinder Singh Bedi who gave Kader Khan the first break for writing the superhit musical “Jawani Diwani” (1972) starring Randhir Kapoor-Jaya Bhaduri, and since then he never looked back.

Bollywood thespian, Dilip Kumar, who happened to watch one of his plays during a college day function, offered Kader Khan a role and an assignment for writing dislogues.

But he was already busy with scripting the Rajesh Khanna starrer “Roti” (1974), so later, he wrote the film ‘Bairaag” (1976), a mega-hit musical featuring Dilip Kumar and his wife Saira Banu in the lead roles, with Kader Khan in a character role.

An avid reader and a film-buff, he had a huge collection of books on various subjects related to film-making, acting, screenplay-writing, penning stories-dialogues and other departments from all over the world, besides being a Quranic Scholar with a mastery over Arabic and Urdu.

It was Kader Khan who inspired his friend, A. Krishnamurthi, head of Tina Films International (TFI) to venture into its first Bollywood venture, “Ghar Ek Mandir” (1984), a hit with a multi-star cast, and even insisted on writing the dialogues for it.

“After he saw the story, he wanted to play the role of Seth Dharamdas, which was originally assigned to Amjad Khan. He dedicated a lot of time and his dialogues became ‘the pearls in the necklace’ in that film, and later in many of our other films. I knew him since his early days in the film industry and he was truly a good human being, a great actor and an acclaimed writer” Krishnamurthi told IANS.

During the shooting of one TFI film, “Aag” (1994), in which Sonali Bendre debuted as an actress, Kader Khan inspired the co-female lead, Shilpa Shetty, to learn Urdu to improve her diction and dialogue delivery and even taught her bits of it during takes, producer K. Ramji said.

Starting with his first film as an actor in the late Yash Chopra’s directorial debut, the super-hit musical “Daag” (1973), over the next 40 years he went on to act in over 300 films in memorable roles, and also wrote the story or dialogues for more than 250 films in Hindi and Urdu, starting with “Roti” (1974).

With his rich experience on stage, Kader Khan effortlessly managed to enact all types of negative-positive character roles, besides as a villain, comedian, and double-roles, though competing with some of the biggest names of his era.